Behind the scenes 15th September 2016 by Online editors

Solved! How Rosanna Davison Went From Short Hair Back To Long In One Day

It's a beauty mystery - except it's not, because with the help of some Gold Fever extensions, we transformed Rosanna's hair into a lob for our cover shoot! Here's how.

“Changed things up today,” Rosanna Davison wrote on Instagram on 18th August, posting a picture of herself with noticeably shorter hair. If the headlines later that day were to be believed, the model had shorn her long blonde locks in favour of a new, lob-style cut which just about skimmed her shoulders.

But had she really gone for the chop?

Nope. We fooled ’em all, and good. For STELLAR’s October cover (on shelves today 14th September, FYI), we wanted to present Rosanna as you’ve never seen her, in sharp suiting and with a short, choppy style.

To create the slick look, we had a chat with the peeps at Gold Fever Hair Extensions, who do Rosanna’s hair on the reg. Gold Fever extensions come in a range of lengths, so they were our starting point for working Rosanna’s ‘do into a lob and back again in the space of one day.

Stylist Carla Rose McQuillan of The Space in Drumcondra was the woman in charge, and says a faux-short look is pretty simple to achieve once you get the hang of it. “It may be a bit tricky to begin with, but once you do it, it’s a cinch to repeat time and time again,” she explained.

After prepping Rosanna’s hair with Kevin Murphy Body Builder, Carla Rose gave it a tousled blow-dry all over, keeping the front of the hair smoothed out. For those big, bouncy curls, the top of Rosanna’s hair was curled away from her face using a large barrel wand. At this point, Carla Rose also curled the pre-application extension to match it up.

Any uncurled hair was braided and pinned tightly to the back of Rosanna’s head to keep it out of view.

With Rosanna’s long hair braided back and the top curls pinned up, Carla Rose pinned in the Gold Fever extensions one piece at a time, adjusting and tweaking until she got a really natural result.

Finish
Volume was the focus of Rosanna’s cover girl style, so Carla Rose teased out the hair on top to give it some added texture. Finally, she added a spritz of Kevin Murphy Session Spray to set the lot. The result was so natural we managed to fool, well… everyone!

Want more Rosanna? We chat career, fitness, life and loads more in the new issue of STELLAR, on sale right now for €1.95. A bargain! 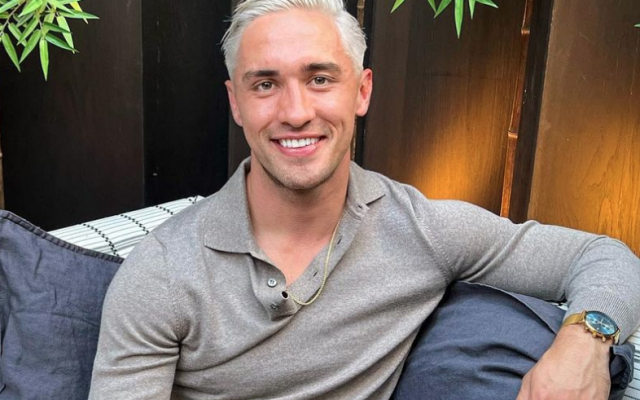 Greg O'Shea Reveals Why He Turned Down Six-Figure Deals After L...