Uhoh: Your iPhone Could Be Giving You Smartphone Face Or Tech Neck

Move over bitchy resting face; this is the new beauty bother to battle.

According to Eircom‘s September 2014 sentiment survey, 80% of Irish peeps believe that “technology has a positive impact on Irish households.” Yup, we’re with them: we love, love our always on, connected lives, and in Ireland over 90% have a smartphone that 47% of us get stuck into for up to four hours a day, according to a Thinkhouse survey. Here’s the flipside though; what all those iPads, smartphones and Kindles might be doing to our faces.

Sounds mad? It’s not as bonkers as you might think. Constantly looking down at your screen – something we never did until quite recently – can have an impact on facial contours and deliver the kinds of sags and bags we normally wouldn’t expect for decades to come. That’s because all that craning of our necks causes an increased gravitational pull on skin which can exacerbate lines, wrinkles and (say it ain’t so) jowls and double chins. Argh! Our vanity can’t take it.

Sinead Gallagher, registered nurse and co-owner of Renew Aesthetic Clinics, says this is something they’re seeing more and more. “If you stare down at your phone for too long with your head bent slightly forward, you can shorten the muscles in the neck, which increases the pull on the jowl area. That leads to a drooping jawline, double chins and can cause marionette lines too,” she says. They’re those super-ageing lines running from the nose to the mouth, FYI.

All that craning of our necks causes an increased gravitational pull on skin which can exacerbate lines, wrinkles and jowls and double chins.

This isn’t so great for our necks, either. Hunching over to look at your screen can cause a build up of tension in the trapezius muscles which span the neck, back and shoulder blades – and that can be seriously sore. The net result is you might be ah-mazing at Candy Crush, know every emoji there is (plus when to use them) and have the most on-point Facebook profile of all your pals, but you’ll look years older and feel like a crock. Boo-urns.

So what can you do? Sure, you can go cold turkey and ditch your digital habit altogether, but for most people, that’s just not practical for a myriad of work and your mother thinking you’ve fallen off the map-style reasons. Instead, aim to hold your phone up to your face as much as you can, so you’re avoiding the whole gravitational pull thing. You might feel a little silly at first, but whatever works, right?

Secondly, try to cut down on your screen time, even by a little. Thirdly, you can intervene. “There’s been a huge increases in chin implants.” reveals Sinead, who adds, “but obviously they’re for older women. Try and limit phone and laptop use and always take a break to strengthen the neck muscles.”

In terms of treatments, she recommends Viora, a radio-frequency therapy available at Renew. “It heats up the skin and stimulates collagen to give a tightening effect. You can also use facial fillers and Botox around the jawline which give a fantastic lift.” 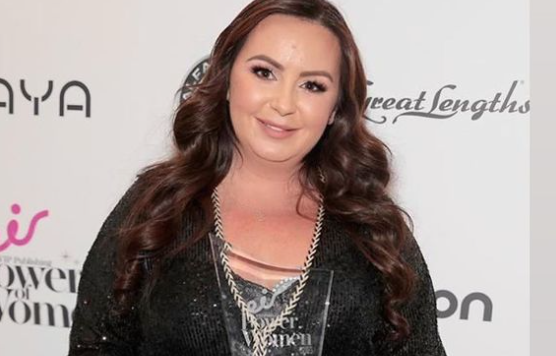