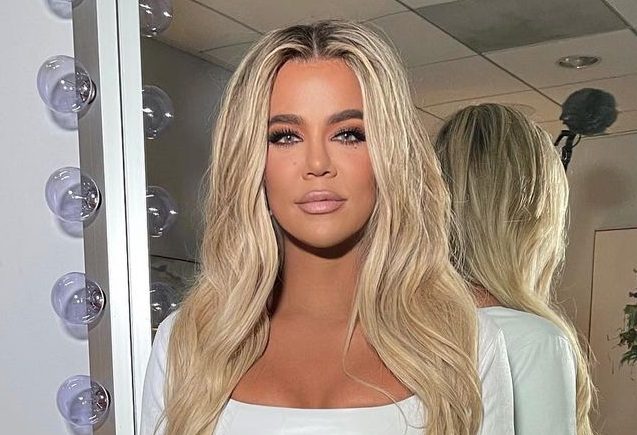 Khloe Kardashian is the first member of the Kardashian clan to speak out about former brother-in-law Kanye West’s anti-semitic comments.

The star this week shared a post on her Instagram story which read: “I support my Jewish friends and the Jewish people”. 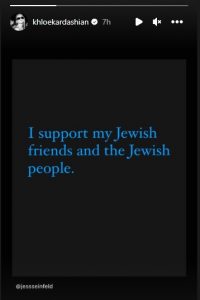 The rapper also reiterated the same sentiments in an interview with Tucker Carlson which aired on Fox News.

Concerns arose as anti-Semitic banners were later seen hanging from a Los Angeles freeway, reading: “Honk if you know… Kayne is right about the Jews… GOYIM TV.TV. REV 3:9, John 8:44.”

These actions were condemned by Khloe who quickly reshared the above statement from author Jessica Seinfeld.

The reality star was one of many celebrities to share Jessica’s post, with others including Julianne Moore, Amy Schumer, Amanda Kloots and Kathy Hilton. 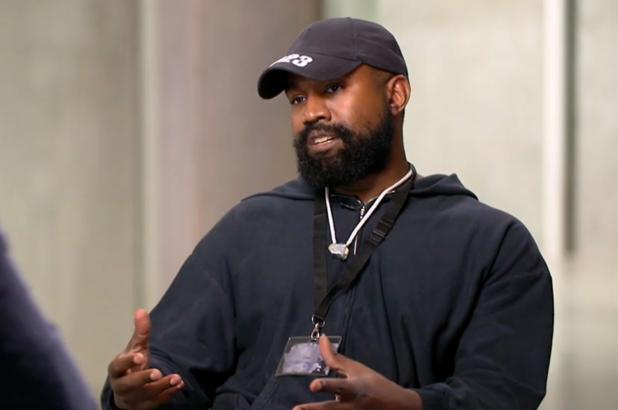 Kanye’s ex-wife Kim Kardashian has remained silent on the matter, with Boy George urging the SKIMS founder to speak out against the comments.

The performer shared he was “listening with great sadness to the antisemitic comments coming out of Kanye West ’s mouth” and that he was “kind of appalled that not more artists have come out and spoke against what he’s saying.”

“I’m appalled that Kim Kardashian hasn’t come out and added her voice to this debate, because this woman has children with Kanye, so she must understand as a mother what it feels like for little Jewish children to hear these f***ing comments, how demoralising and terrifying it must be,” he continued.

Kanye spoke with Piers Morgan on October 19 and said that he “absolutely” doesn’t regret his anti-Semitic comments, but later offered a half-apology.

“I will say I’m sorry for the people that I hurt with the death con [comments], ” he said on Talk TV’s Piers Morgan Uncensored.

The Yeezus founder continued: “I feel like I caused hurt and confusion. And I’m sorry for the families of the people that had nothing to do with the trauma that I had been through, and that I used my platform where you say hurt people hurt people. I was hurt.”