Did Taylor Swift Enlist HAIM To Help Reveal Her Next Album Release?

Plus what album is next? 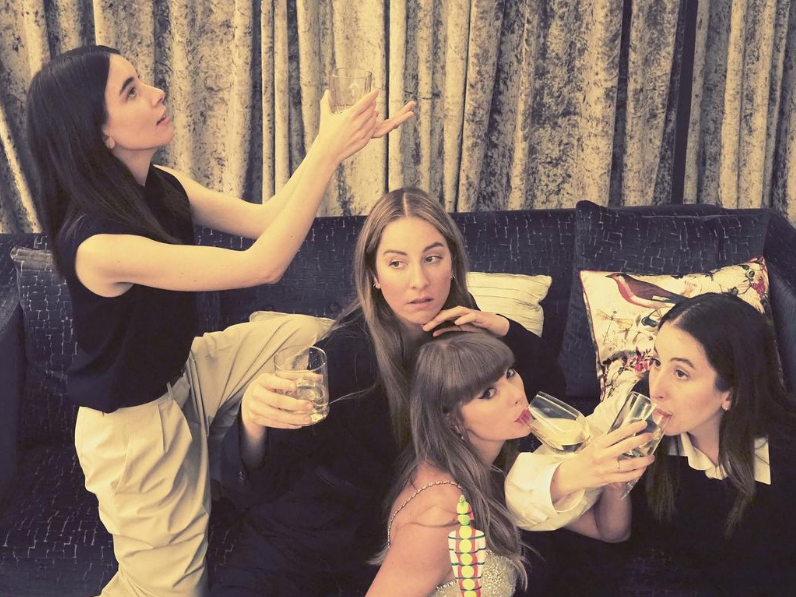 She is the fourth HAIM sister at this stage.

Taylor has released the second music video from her new album Midnights, this time for Bejeweled and the HAIM sisters are playing the evil step sisters in the Cinderella story.

We know that Taylor and the band are besties, they even collaborated on songs in the past such as No body no crime and Gasoline. Plus, they almost broke the internet with a TikTok when Taylor joined the band on stage during a concert. So, it’s no surprise she has gotten them involved with her new music in some way.

The band are not the only famous faces we see in the video, actress Laura Dern plays the evil stepmother character, Jack Antonoff is the prince, Pat McGrath is the Queen and Dita Von Teese is a Fairy Godmother who burlesque dances and we love it.

The music video is full of easter eggs as usual for Miss Swift, and one in particular fans are paying attention to might just reveal which re-recorded album is next…

In an elevator scene, Taylor clicks the number three, a purple button, which fans are speculating represents the Speak Now album as it was her third. Also, at the top of the elevator, fans say the colours represent all of her albums and the one that’s next is Speak Now (Taylor’s Version)…

Here’s a more in depth explanation:

We are so ready for this era to begin, Dear John? Back To December? Better Than Revenge?! Bring it on x