Is Matt Hancock About To Leave I’m A Celeb?

Are the vote-offs about to begin? 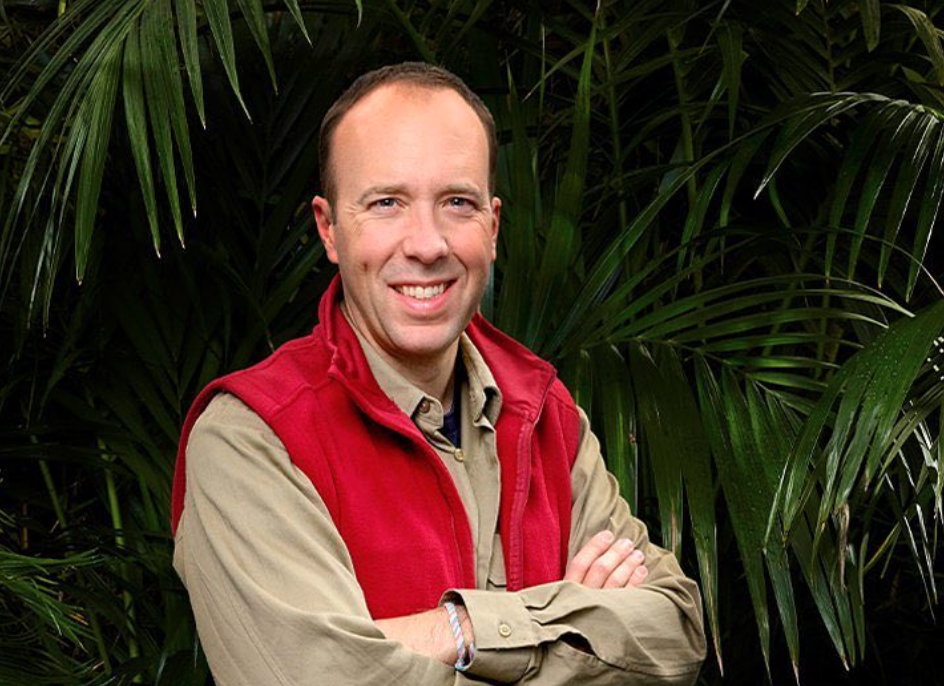 This year’s controversial contestant may be on his way out of the jungle according to reports.

This Friday’s show has been extended to 95 minutes which has people speculating that the extra time will allow for an evicted nominee to chat with Ant and Dec before crossing the bridge to a firework display and their loved ones.

And while Matt Hancock has been a favourite to do the trials so far this season, tonight being the first time he is not doing one since he joined the show. But it seems he is also the bookies favourite to be the first out of the jungle this year.

A source told The Mirror, “Things can change quickly in camp, especially if someone was to quit, but at the moment we look all set for evictions to begin from Friday.

“Currently Charlene, Scarlette and Matt are the favourites to go with bookmakers. If there is a second eviction over the weekend it means there would be two chances for viewers to get Hancock out this week.

“So much has been made of him wanting to look human and how he told the group in camp that he wants our forgiveness. We will find out soon if some people forgive him AND if they are willing to vote to save him and keep his jungle journey going.”

Matt is currently the camp leader, a position he was voted into by the public, and upon defeating his opponent Mike Tindall in a challenge he secured his (red recliner) seat around the campfire.

So, if the public voted him as leader, will they also vote him off the show? We are very curious to see where Matt’s jungle journey goes from here.

I’m A Celeb returns tonight at the slightly later time of 9:15pm on Virgin Media One.