How sweet is this picture?! 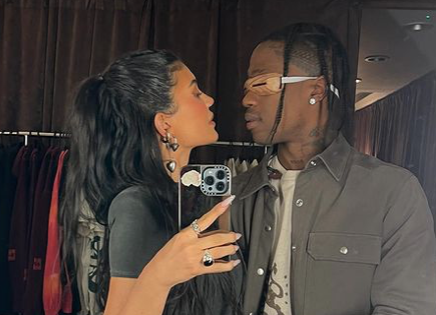 The pair are showing a united front despite cheating allegetions that were online sayinh that Travis had been with his rumoured ex girlfriend, Rojean Kar.

Travis denied the accustions in October and he and Kylie showed a united front on Halloween, with a family costume and an adorable picture to go along with it.

All dressed as angels, Kylie Travis, Stormi and their baby boy whose name we still don’t know looked like a strong unit as they headed to their family Halloween party. Travis also looks to be in full father mode in the picture as he holds hands with and smiles at his son. 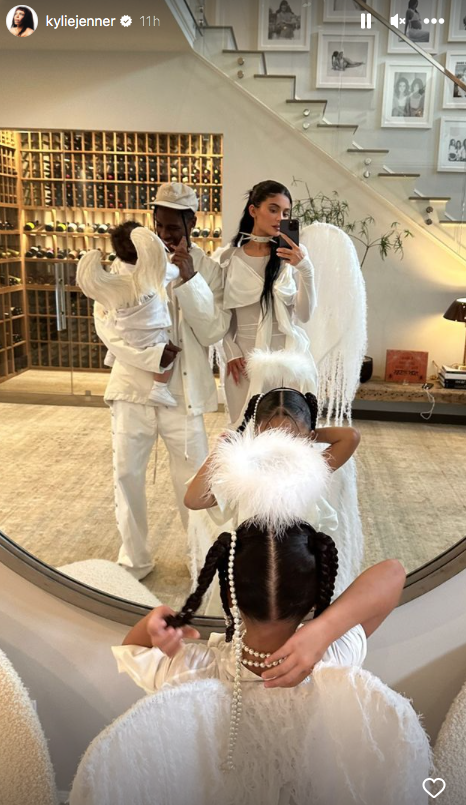 This was just one of five Halloween costumes for Kylie who also posted pics as an alien, a space girl, bride of Frankenstein and Elvira.

When the cheating allegations came out, Travis took to his Instagram stories saying, “It’s a lot of weird shit going on. An uninvited person was sneaking photos on, what was supposed to be, a closed set while I was directing a video.

“I’m saying this for the last time. I don’t know this person. I’ve never been with this person.

“So please stop with the continuous cyber games and fictional story telling.”

Kylie and Travis have had engagement rumours swirling around them the past year but they have not confirmed an engagement or a marriage. They haven’t even shared their son’s name yet so we’ve a feeling they want to keep their personal lives private as long as they can.

Speaking on Hailey Bieber’s YouTube show Kylie explained why she has pulled back completely with social media in recent years, “I think that when I showed my personality too much or shared a little bit too much, people just had more access to say things about the real me. So, I decided to push back a little bit.”

“I think before when I was on social media, I would dedicate my whole life to that. I would wake up. I would Snapchat my breakfast. I just can’t do that anymore,” she continued.