Liberty Poole Urges Followers To ‘Be Safe’ After Scary Encounter 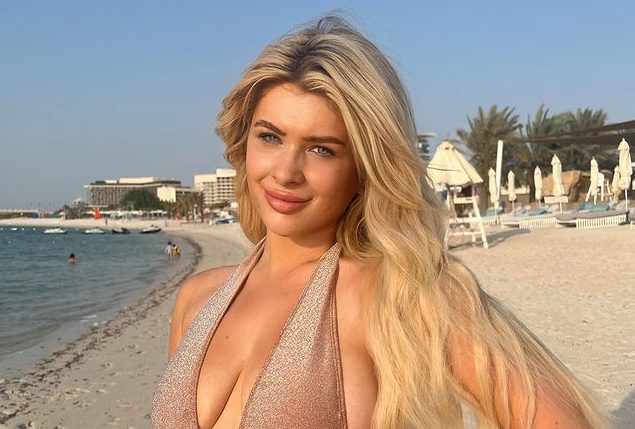 Love Island’s Liberty Poole shared her experience of a scary encounter where she said she was followed by a man while collecting parcels and has urged fans to trust their gut when it comes to uncomfortable situations.

Hopping on Instagram stories shortly after the situation Liberty explained, “My heart is beating so fast out of my chest right now” she said before telling followers that she went to pick up a parcel and do some shopping.

“There was this guy and as soon as he seen me, you know when your gut instinct is telling you something is up, and he basically looked me up and down and then all of a sudden was on his phone,” she continued.

“Then he was following me and looking at me in the aisles and I said to the guy inside ‘look I feel off about this guy in there just to let you know’. When I was doing my shopping he went outside and waited in his car and then I said to the security guard ‘please can you walk me to my car?’ 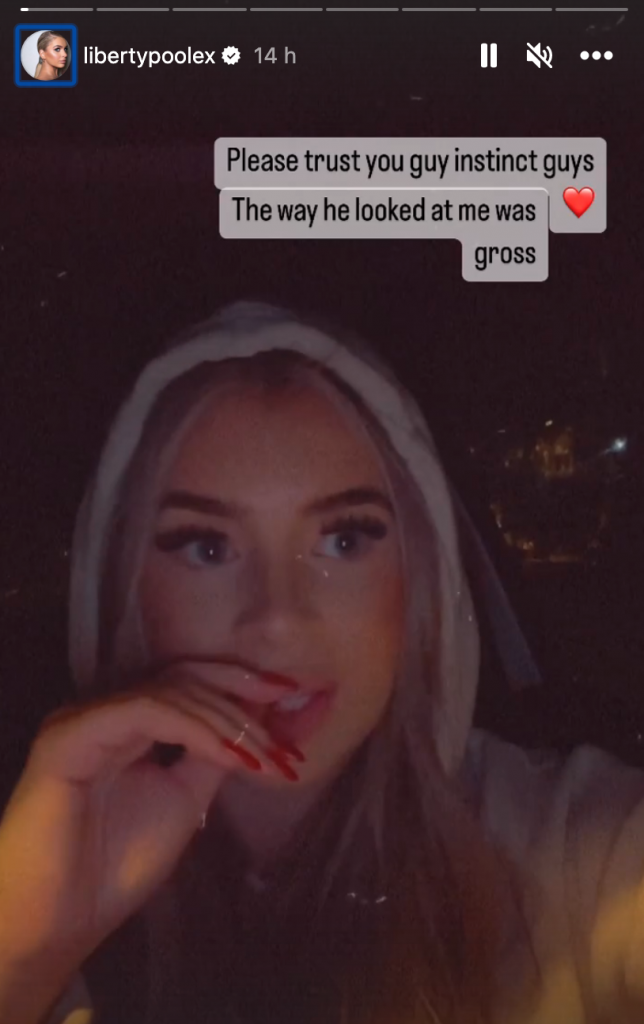 “By the time he saw me ask the security guard, basically he left so I thought it was safe, so I walked up to my car and he followed me to my car. I had shopping bags and a parcel in my hand so I wouldn’t be able to defend myself and he said ‘excuse me’ and I went ‘No f*ck off’ so loudly that I think it scared him and he drove off,” she said.

The star was clearly shaken up by the experience and urged her followers not to doubt their gut feelings. She told them to be safe and not think they are overreacting.

Adding later on, “My gut instinct was screaming at me that something was wrong and then for him to follow me back to my car which wasn’t near the shop. It’s just so scary to think what could have happened but luckily I’m safe.”

Liberty returned to her stories today to thank her followers for kind messages of support and for sharing their own experiences with her, she also revealed that she has kept a lot of things private this year and is focussing on herself.

“I really feel like I’m going through my rebellious teenager [phase] at 23, if that makes sense? Growing up I never said anything to anyone I never put a foot wrong. But as I’ve gotten older I’ve still got my moral compass and I still think the same but I’ve really [started] calling people out on their behaviour. making sure I’ve set boundaries for myself making sure that I’m protecting myself and putting my needs first also.”

Finishing up with a message to her followers after looking back at her 2022 she said, “Protect yourself, protect your heart, protect your feelings, not everyone needs to know everything. Really just put yourself first and protect your wellbeing.”