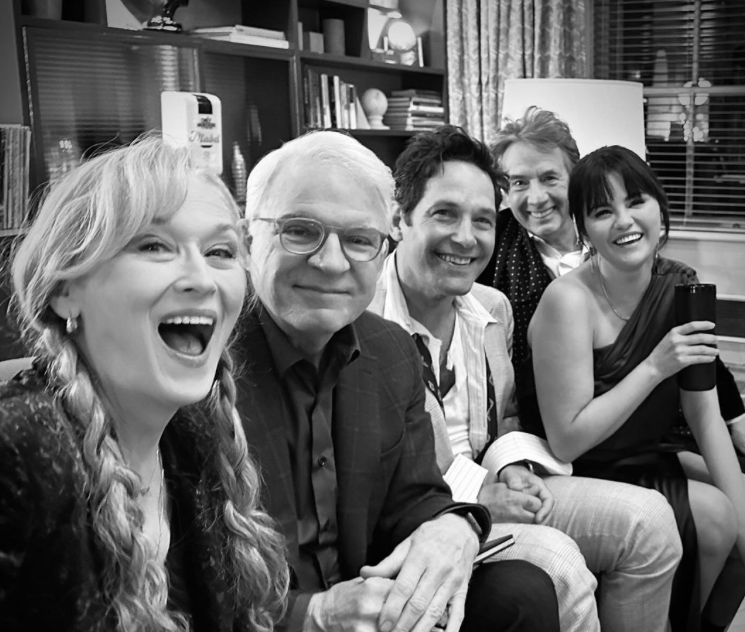 We did not see this coming in 2023 but we couldn’t be more excited!

Meryl Streep is joining the hit show Only Murders In The Building and adding another star to the already all-star cast that includes Selena Gomez, Martin Short and Steve Martin.

Announcing the exciting news, Selena took to Instagram with a video where she revealed the cast for S3. We see the original cast members at the beginning of the clip and Selena then begins to pan to other members of the cast. She first reveals Paul Rudd, who is also joining the gang, but was teased at the end of last season, which was a huge reveal, but it wasn’t THE huge reveal.

No, this came when Meryl Streep popped up from behind the sofa they are sitting on, asking if they need anything. Selena nonchalantly says, “I’m okay thank you Meryl, Sweetheart,” before making a very excited face and cutting off the clip.

Selena then posted a picture of all five of them together with the caption, “Very, very grateful lady! @onlymurdershulu @hulu@johnnyhoffman5 thank you for making this wanna be an unbelievably, absurdly happy human 💤🌥️”

A post shared by Only Murders in the Building (@onlymurdershulu)

The show is currently filming so we’re not sure when we will get to see the final project just yet, but we will be keeping an eye on socials because the content this cast could create? Impeccable.