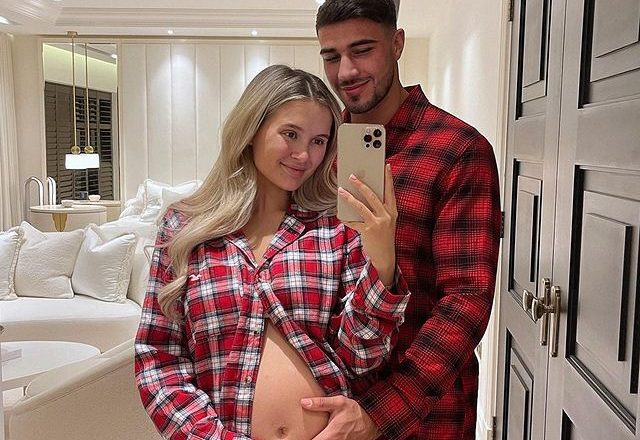 Molly-Mae is very close to welcoming her daughter, with the former Love Island star sharing today that it was her last day in full glam before her baby girl arrives.

She teased that she has been doing a special tv project that she has a “small involvement” in and that she hasn’t wanted to do much television in the last three years but that this “felt right”.

With her due date closing in fans were wondering if the star would be stepping away from the spotlight once her daughter is born.

In a q&a on her Instagram one follower asked, “will you take a break off social media when baby arrives?”

Molly-Mae responded, “I haven’t really thought about this. As much as social media is my job… I absolutely love posting. So even though I’m planning to take a break from work when she arrives, I think I’ll still be sharing my life when I want to.”

Well that’s good news for fans of her page! We *might* even get a glimpse at her new arrival on the ‘gram.

Molly-Mae also revealed that her baby’s nursery should be finished in the next two weeks, which means she’s pretty much all set.

She has even had her baby name picked for years now. One follower asked how the influencer came up with the name (which we don’t yet know), and replying she wrote: “There was only ever one name for her. I’ve had it picked out for years and years! Luckily Tommy loved it too (even if he hadn’t I would’ve had to talk him round because like I say, there was only ever one name she was having).”

We are so curious about the name! Hopefully it won’t be too long before the reveal.