The Love Island star has reportedly left the jungle after one night! 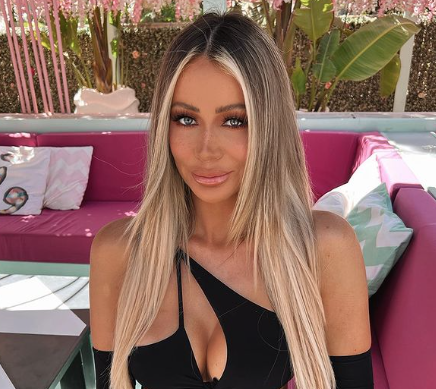 Olivia Attwood was the first Love Island star to enter the jungle on last night’s season premiere, but it seems her journey has been short lived as reports that she has had to leave the show on medical grounds have appeared.

According to The Sun, a show insider said, “Olivia was involved in a medical drama overnight. She really wanted to go back into the camp but medics won’t let her.”

A rep for the show said, “As a precautionary measure Olivia needed to leave the jungle to undergo some medical checks.

“Unfortunately the medical team has advised it is not safe for Olivia to return to camp as there needs to be a further investigation.  She has been absolutely brilliant and she’ll be very much missed on the show.”

Olivia was chosen as a VIP on last night’s episode of the show, and although this started off as a nice treat with a fancy meal, the campmates soon learned that VIP stood for Very Isolated Person, and along with Chris Moyles, Boy George and Charlene White, the star had to spend the night roughing it on an Island instead of at the camp with the rest of the contestants.

Olivia seemed excited for the challenge from the beginning, telling a nervous Chris Moyles that it was going to be a great experience. During her time on the show we also saw her skydive, which she said was an amazing experience.

As for whether a replacement celeb will enter the jungle in her place? We’re not so sure, but we do know that there are reportedly two more campmates to join the gang.

We expect to see the remainder of Olivia’s time in the jungle on tonight’s episode on Virgin Media One at 9pm.