Chatting the night away! 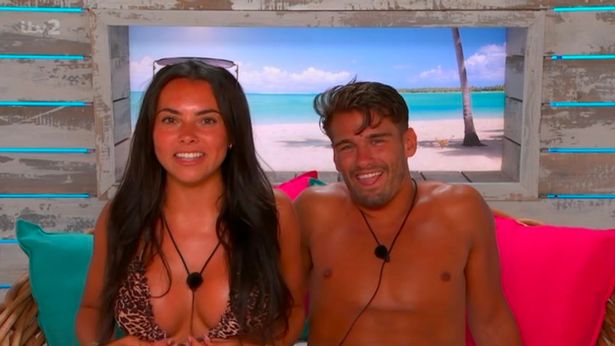 Paige Thorne and Love Island ex Jacques O’Neill have reunited at an event in Manchester this past Saturday.

The pair were spotted getting cosy, with Paige leaning over towards Jacques’ ear to tell him something during the Grace Jacob Selfridges & Co event at Mnky Hse restaurant.

Paige and Jacques were coupled up on ITV’s Love Island for a period before he left to look after his mental health.

When he left the show, Paige got to know Adam Collard and eventually became his girlfriend, however the pair have recently split following a host of cheating allegations.

In pictures shared by Mail Online, Paige and Jacques can been seen in close acquaintance under the pink lights of the event.

The duo looked quite comfortable and cosy as they chatted with one another in the crowded restaurant. Paige even put her arm around Jacques at one point, as they remained engaged in the conversation.

Paige recently mentioned that they had been in contact while on the Saving Grace podcast, but said she hasn’t forgotten his actions in Casa Amor when he continued to kiss and talk with the other girls. Speaking on the pod she said:

“There has been slight contact…no contact of the lips… let’s not forget how this boy done me over in Casa, you don’t get this again.”

When podcast host Grace hinted if they were both in the right place maybe a reconciliation could be on the cards, Paige said, “Obviously we had a vibe in there, he done me over d*ckhead, fine. But we’re just going to see where things go. I am in zero rush to be with any other men in my life because men are trash.”

Both appeared in high spirits as they left the event, as Paige was seen leaving with celebrity stylist Courtney Paul separately from Jacques who left with a friend.

We can’t help but to wonder what the pair were chatting about all night?