He is so cute! 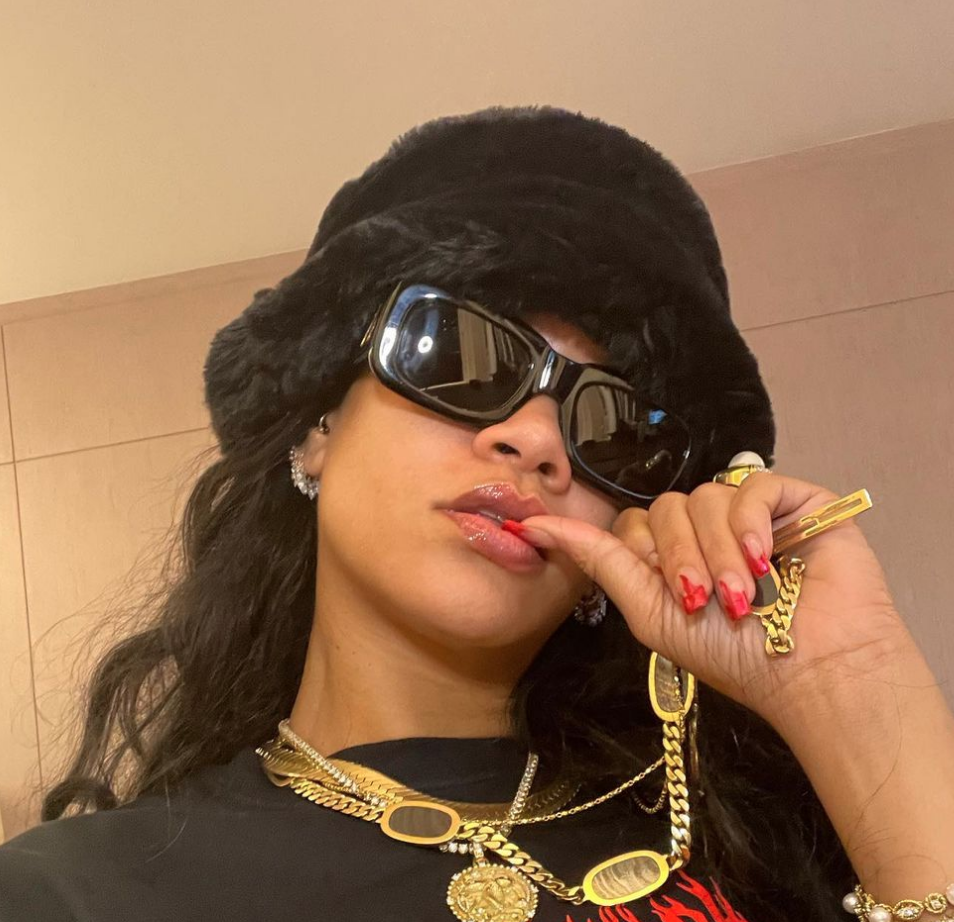 Time to meet Rihanna and A$AP Rocky’s son for the first time, and you are not ready for this cuteness.

Riri has made her first TikTok video, and not only has she entered the app with a bang, her video which now has nearly 16 million views, doesn’t even have her in it!

Rihanna posted an adorable video of her son, the first time the public are seeing him, and he is so adorable! The clip is captioned “hacked” and Rihanna can be heard laughing and asking her son if he’s trying to get her phone while he giggles and reaches for the camera.

Her son, whose name we don’t yet know, is seven-months-old having been born in May of this year to the singer and rapper. Rumours about what his name could be have been swirling ever since he arrived, but nothing has been confirmed.

One theory was based on a picture of Rihanna entering a recording studio in Hollywood where she was wearing a necklace with the letter ‘D’ on it.

Fans were then pretty certain that the baby’s name begins with the letter D as there’s no one else in Rihanna’s life that the necklace could be referencing.

So far it seems like the best guess, since we have now met him, his name might come soon!

The singer has previously said that she just “hasn’t gotten around to” announcing her baby name as she is a busy woman!

“We’ve just been living. But I guess there’s a certain freedom that comes with kind of just like getting it out there,” she told The Washington Post in November.

The name will be revealed in due course and for now, we are only buzzing that Rihanna is making TikToks. Shall we be getting some sneak peeks of her new music on the app? We will definitely be keeping a close eye on her account.