“Sorry I didn’t mention every person I know.” 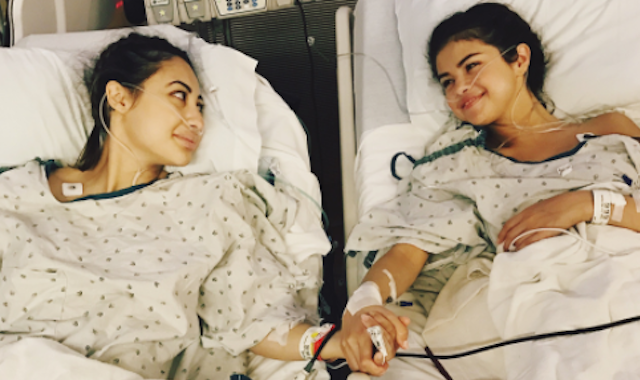 Selena Gomez has taken to TikTok to address feud rumors between herself and kidney donor Francia Raisa.

The rumors come amid the release of Selena’s tell-all documentary release, titled My Mind & Me, in which the star omits to mention the name of her kidney donor friend.

When a quote of Selena saying Taylor was her only friend in the industry was posted to Instagram, Francia reportedly commented, then deleted the word, “interesting”.

Francia is an actress, and has featured in the likes of Bring It On: All or Nothing, The Secret Life of the American Teenager, and Grown-ish.

Responding to the rumors of a feud, Selena took to TikTok, commenting “Sorry I didn’t mention every person I know,” on a clip of Stephanie Tleiji (@stephwithdadeets) explaining the alleged drama.

Fans appear to be split on the matter with many taking to twitter to share their views:

Congratulations to Francia for ruining Selena’s moment. She didn’t want to be known as Selena’s kidney donor but then did everything possible to make the narrative about that.

I try to defend Francia as much as I can and not speak on her because she saved Selena’s life but she needs to grow up now. She seems like the type of person to do something for you to only throw it back in your face.

this selena gomez / francia raisa conversation is so interesting to me cause like. girl literally gave up apart of her body. like that’s gone. y’all are acting like she did something small and that she’s being unreasonable 😭

It appears that Francia no longer follows Selena on Instagram amid the ongoing rumors, although Selena seems to still be following her.