We're delighted for them! 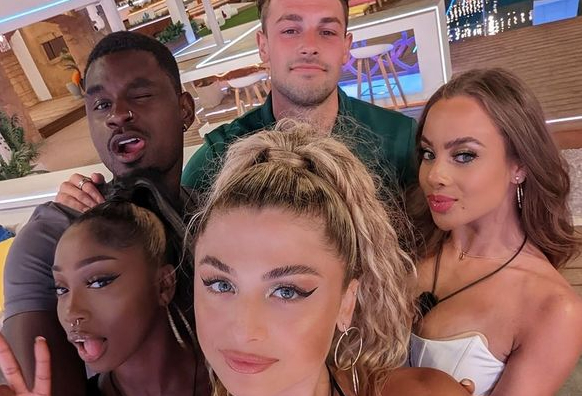 Love Island couple Dami Hope and Indiyah Polack have reached a massive milestone in their relationship as they are planning to move in together.

Wicklow man Dami moved to Indiyah’s native London after the show, but the pair took things slow and got separate places. But now it seems the couple is finally ready to take the next step, with a home of their own.

Sharing the news, Indiyah told the Daily Mail: “We’re moving in together in a couple weeks!”

“So we’re both looking forward to moving in and getting ready for Christmas actually, it’ll be our first one together.”

Their relationship has been going from strength to strength since their villa days, with Indiyah revealing how they manage being a couple with their new found fame.

Explaining: “We try to keep one day a week free for one another. It’s quite easy to get caught up and not enjoy that quality time, but because our jobs are so similar we can balance it.”

So far Dami and Indiyah are the third Love Island couple to move in together since leaving the show this summer.

With fellow islanders Tasha Ghouri and Andrew Le Page deciding to live with each other while still in the villa, and finding a place together as soon as the series ended. While this year’s winners Ekin-Su Cülcüloğlu and Davide Sanclimenti recently announced their plans to move in together soon.

Speaking to VIP, earlier this year, Dami opened up about his move the UK, sharing how despite moving across the Irish Sea, he has a close bond with his family and promises he’ll be jetting back and forth between England and Ireland!

“I’ll have one foot in Ireland, one in England – the best of both worlds, but I’ll always be an Irish boy at heart.”

He tells us that he admires his parents’ relationship and is hopeful that he and Indiyah can replicate their love.

“They have a great relationship and I love the way they are with each other. They have banter but obviously, there are fights in every relationship.