Do Glossier Products Live Up To The Hype? Here’s Our Review

Demystifying the hip US beauty brand.

US beauty brand Glossier is everywhere right now, thanks to their new eyeshadow appearing on the lids of Beyoncé and Oscar winner Allison Janney, amongst others.

Glossier don’t ship directly to Ireland right now, but you can order from the UK using An Post’s Address Pal or Parcel Motel.

I’ve been interested in Glossier since it launched in 2014 – and I must have blathered on about the brand way too much, because when my birthday arrived last year I got not one but two gifts of Glossier products. What am I like?

After a few months of trying everything out, here’s what I think is worth a go, and what doesn’t live up to the hype. 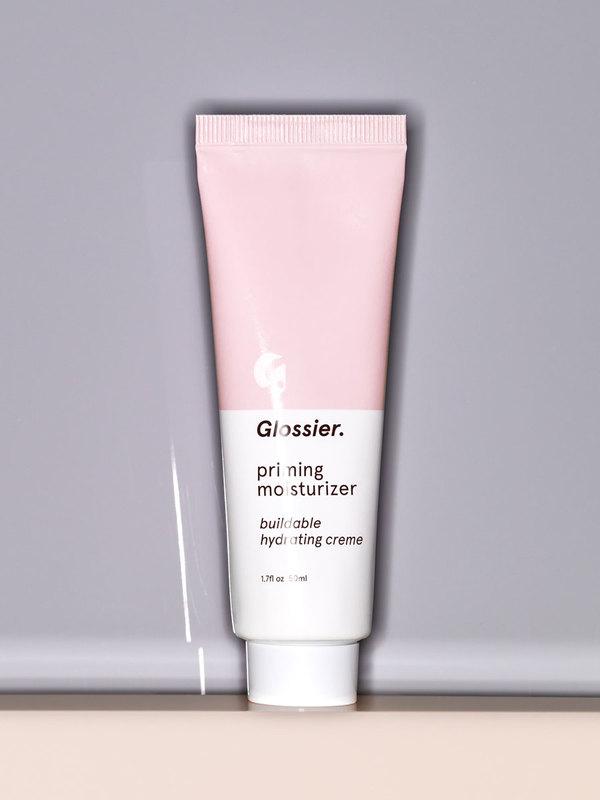 This is a good basic moisturiser that would probably be too light for dry skins, and too heavy for oily skinned folk. Being slap bang in the middle as a combination gal, it was fine for me, but would I pay €18 plus the AddressPal fare to have it shipped to Ireland again? No. Would I buy it if it were stocked in Boots? Mmmaaaaybe, if there was nothing else that excited me. It’s a resounding ‘fine’.

This is exactly what it says on the tin: A milky gel cleanser that doesn’t foam up, and leaves your skin feeling clean and hydrated. It smells quite strongly of rose, which may or may not float your boat – it didn’t float mine at the start, but I’m rather used to it now. Again, it’s a perfectly fine cleanser that does the job, but not something I’d repurchase.

I HATE THAT I LOVE THIS. I have the Birthday flavour, which smells delicious, and I’m so cheered by the tiny flecks of glitter in it. It’s a €10 lip balm, and I’ll probably buy it again. Who have I become?

Another one that I’m annoyed I like. The teeny-tiny brush picks up all your brow hairs, and the waxy pomade provides a bit of colour while holding everything in place. I use this over brow pencils and on its own – my tube is coming to an end, and when it does, I’m going to try the weeny brush with another brow gel to see if it’s the brush I love or the product. Watch this space.

If you like the look of lip stains and smudged-out lipsticks, you’ll enjoy these. I have Zip (‘poppy red’) and Jam (‘deep berry magenta’) and I find them lovely to wear on more relaxed makeup days for a low maintenance lip colour. Like the Skin Tint though (which I’ll get to next) you won’t like them if you’re, say, a liquid lipstick devotee.

Full coverage foundation lovers, look away now. This is where Glossier’s ‘skin first, makeup second’ philosophy really comes into play. This is not a product for problem skin. The assumption is that after using Glossier skincare and becoming like their radiant angel campaign models, all you’ll need is the lightest of light coverage, a wash of colour designed only to even out the skin tone. I crack this out when I feel my skin is good, and I do like how it looks on my face on those rare occasions, but I probably wouldn’t purchase it again.

And now for the best part. These creamy blushes are BEAUTIFUL. I have Haze (described as a ‘deep berry’) and Dusk (‘brownish nude’) and I use one or sometimes both of them every day for a soft, natural flush. The only thing I’d criticise about them is the packaging – it’s really hard to control how much product you’re squeezing out. But everything else? Wonderful.

Well, their marketing is genius, for one. The pink, the packaging, the little pouches everything comes in – so cute. But for a brand that’s all about skin, what I’ve tried of Glossier’s skincare stuff is… only OK. The makeup though? They’re on to something there. I’m seconds away from ordering some of the new eyeshadows, and I might have to give in and get more Boy Brow. I’ll be watching eagerly to see what they come up with next.