Since its inception, Glossier’s mantra has been ‘skin first, makeup second’. The products the cult US brand has created so far are about enhancing what you have naturally – there are blushes, lipsticks, and eyeshadows, all designed to give you a sheer but pretty wash of colour.

Launched this morning, Glossier Play is a collection of ‘dialled up’ products in a rainbow of shades – here’s the full scéal.

Is Glossier Play a whole other brand?

Introducing Glossier Play! A brand of dialed-up beauty extras that make getting ready the best part about going out. Four new makeup products at Glossier.com/Play

Yes and no. It’s probably best described as a ‘sub-brand’ – a fun little sister for the Cool Girl that is Glossier. She has her own section on the Glossier website, and her own Instagram account, so she’s very much her own person.

What are the products?

Glossier Play launched today with four makeup products, much like Glossier itself launched with four skincare products back in 2014.

This longwearing eyeliner comes in 14 shades – your standards like brown and black, yes, but also really interesting colours like mustard yellow and magenta.

Gloss really has come back with a bang lately, and this high-shine lip lacquer will give you just that. It comes in six shades, from nude to plum. 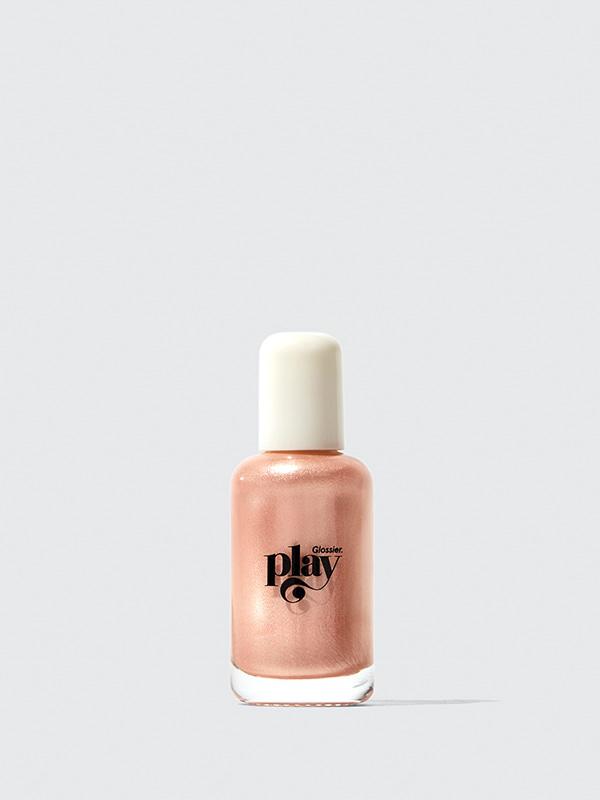 Use this under or over makeup to illuminate your skin.

You can buy each of the products individually, or get one of each in a set called The Playground, which sounds very cute indeed.

There are also two new tools – the Blade, a ‘German-engineered sharpener’ (oh she fancy), and the Detailer, a silicone brush designed to apply the Glitter Gelée.

Will there be more?

According to Glossier, there are indeed plans to expand the Play range. “There will be more – more colours, more textures, more ways to express yourselves however you’d like,” the brand said in a statement.

Will you be getting your hands on Glossier’s first attempt at makeup-makeup? We are intrigued…