The Rise Of The 20-Something Monogamist

The conversation around having a romantic relationship with just one partner has been divisive in recent decades. ‘Monogamy is dead, it’s outdated and unnatural’, you can just hear Samantha Jones declare over a tableful of cosmos, while Charlotte stutters over herself to defend matrimony. Can you blame women of recent years for feeling so desperate to distance themselves from the traditional roles expected of them? Kept in a box for so long, we’ve managed to hop outside of it and give our legs a stretch, building careers and dating who we like when we like, modern women can barely settle on a shellac nail colour, let alone one person to spend the rest of our lives with.

But, in every friendship group there’s a Charlotte York, isn’t there? And hi, I’m the Charlotte of my friendship group, although, unlike Charlotte who’s had her fair share of flings, I’m the gal in her mid-twenties who has been in a relationship with the same boy since she was a teenager. However, unlike Charlotte, while I may be a hopeless romantic at heart, I would never use that as justification to judge others. I adore listening to my friend’s escapades, and I implore others to do what feels right for them, whether it’s polyamory or otherwise, no slut-shaming will be permitted under my roof, nuh-uh.

Thankfully the narrative surrounding relationships seems to be shifting, however, chatting with sex educator and host of the Glow West podcast Dr. Caroline West, she explains what exactly monogamy is and why it doesn’t have to be our default relationship choice, “Monogamy is two people deciding that their relationship will not include romantic relationships with other people,” says Caroline. “There are lots of different ways to have relationships, whether that is monogamy, poly, throuples, or open relationships. We live in a time where different relationship styles have become a lot more common so people may feel freer to explore what feels right for them.”

When once it was totally normal to marry someone at 20 and see out the rest of your life with them, doing the same thing now would garner an orchestra of gasps. As we’re constantly reminded, us millennials, we’re a lucky bunch aren’t we? An infinite number of possibilities at our feet, we should all be taking advantage of that, using our twenties to have fun, to sow our wild oats and laugh in tradition’s face, but what if some people just don’t want to? What if we spend our ‘selfish years’ in a committed relationship with one other person? And what if that one other person has been your only person?

29-year-old Hannah has been with her boyfriend for 12 years, meeting when she was just 16 Hannah says that at times during her twenties she worried she was ‘missing out’ by being in a long-term relationship, but would shake off the thought as quick, “When I was in my mid-twenties, the idea of having a holiday fling, or a one night stand I realised were all things I had never and likely would never do. But, I think it’s a ‘grass is always greener’ situation, because if I was really single and doing that I’d probably be envious of my settled relationship now.”

Assuring others that this thought process is totally normal in a monogamous relationship, Hannah adds “It’s important not to worry that these feelings are a reflection on your actual relationship. It’s totally rational to be curious about what alternative reality you could be living in, just don’t let that be the reason you break off something that makes you happy. Someone else always wants what you have, it’s vital to remember that.” 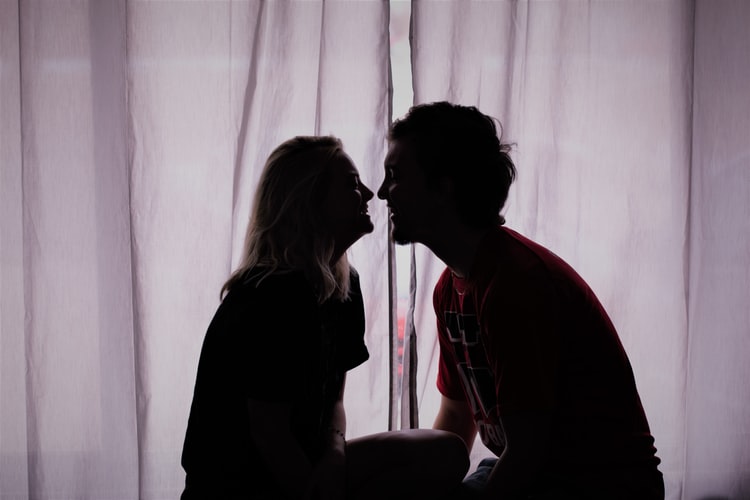 One woman who’s never short of reminding herself of that is Elaine. Meeting her partner as a teen, Elaine has spent the last 37 years with her husband, 32 of those happily married. “We met in 1983 when I was 17 (just before my Leaving Cert results) and himself had just turned 20. Like a lot of people in their late teens and early twenties, most of your life revolves around when your next night out is. We went out a lot, together, in groups of mutual friends, and with our own individual friends, so we never felt like we missed out on our youth,” Elaine recalls.

Growing up beside one another, buying a home, and raising a family, Elaine says that nothing brings her a greater sense of pride than looking back on the life she and her husband have created together “Of course we’ve had our share of stressors and ups and downs, but I can say now with hindsight that the ups have by far outweighed the downs in our marriage. So many happy and cherished memories of raising two children together, and lots of great memories of us as a couple, all immortalised through hundreds of photographs and reams of video footage.”

With time, we humans have evolved into a picky bunch, just look at dating apps, designed to filter out the people who won’t be a good match for us and present to us the ones who are. The next best thing is only ever a swipe away, and so naturally ‘settling’ on the first person you come across can be viewed as boring, or even foolish by a lot of people. While a lot has changed in the world of dating since Elaine met her husband in the 80s and young people are now encouraged to squeeze what they can out of their youth, plenty of people are still opting to stick with the one person from a young age, spending their youth ‘going steady’ instead of chasing highs.

So, what is making some twenty-somethings choose monogamy over playing the field? Caroline says there are a number of reasons, “Sometimes people stay in monogamous relationships because that’s what they see around them, and viewed as ‘normal’ in their social worlds. Others like the intimacy of growing up together and sharing life milestones. Monogamy allows you to focus on just one other person, it gives you the opportunity to focus on the closeness between the two of you and for some people that’s desirable.”

For Elaine, she finds it difficult to pinpoint a specific reason why she chose to spend her life with one person, but like two penguins who are destined to spend their lives together, Elaine shares a sweet memory from her and her husband’s early years confirming to her that she need not look elsewhere, “I remember being in work shortly after getting married, and thinking how great it was that I got to go home to him every evening, that was an indescribable feeling.”

Hannah says that her reason for sticking it out with her boyfriend is simple – he’s her best friend. “He’s the first person I want to call or be with if something good or bad happens to me. We have quite literally grown up together, and luckily not apart. We sometimes look back and laugh at memories of when we first started dating as neither of us recognise the people that we were then. There have been some very difficult moments in our relationship, but we supported each other throughout, and cheesy as it sounds, we came out of it stronger.”

Did we just get a major hint about Kylie Jenner’