A Woman Shared An Itemised Bill She Got For Going To A Hen Party, And It’s Wild

71c for the plates, please! 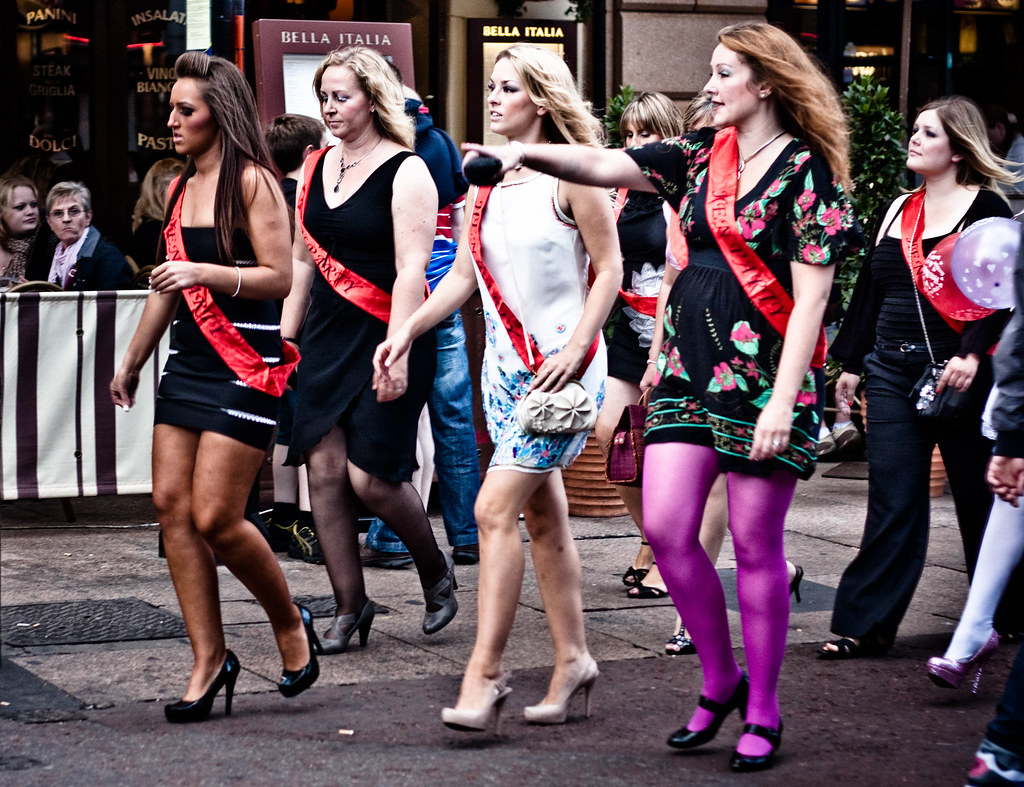 Here in Ireland, you’re expected to pay your way for whatever glamping village or afternoon tea or cocktail workshop you’re attending for a hen party.

The price is all agreed beforehand, and you’d expect it to cover the willy straws and food as well as the activities – what you would not expect is to land home to an invoice for all the party essentials.

A disgruntled hen party attendee recently shared this itemised bill she received after the event to Reddit’s Bridezillas forum (we recommend having a good scroll, it’s full of gems).

The bill divides the expenses amongst the seven guests, and asks everyone to cough up 71c for their plates, 43c for the M&Ms, and 38c for a case of water. The original poster also said that the bill went on to include 28c each for paper napkins. Nice! 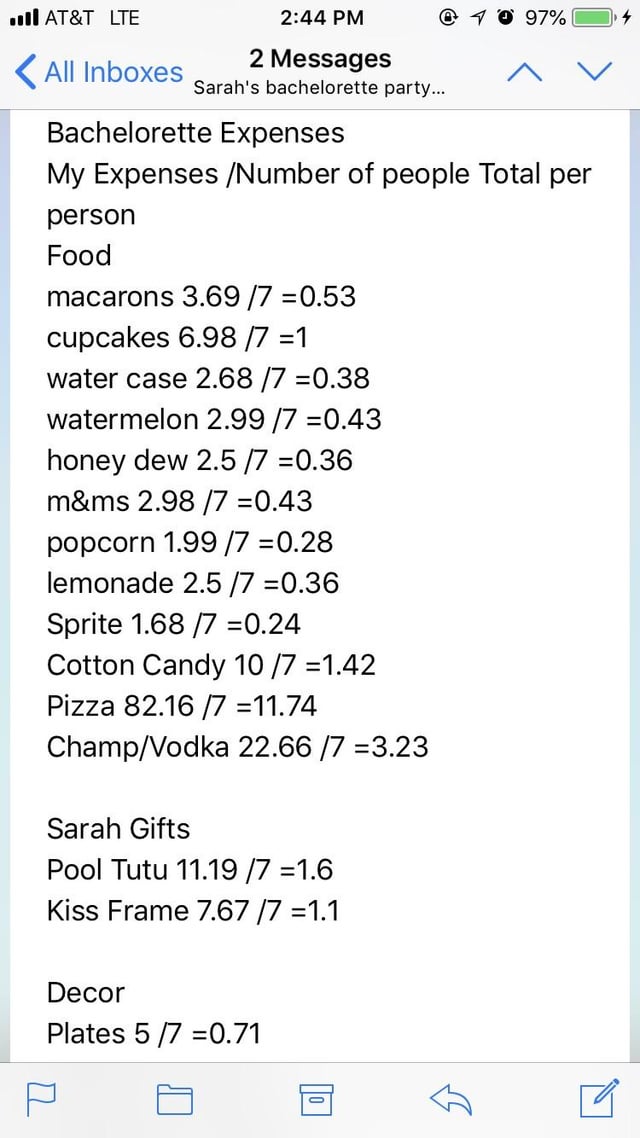 One Reddit user wondered what kind of party has $82 worth of pizza but only $23 worth of booze, to which the OP replied:

She said it was BYOB so I brought my own, but we also ended up having to pay for the alcohol she brought. The party wasn’t even fun because she was trying so hard to make it a picture perfect party that it seemed unnatural and more like a business transaction.

You don’t say. We dare the poster to reply saying they won’t pay the 71c for the plate because they didn’t use one. Would you pay up?