Denise Curtin on the new rule that might completely change your friendships. 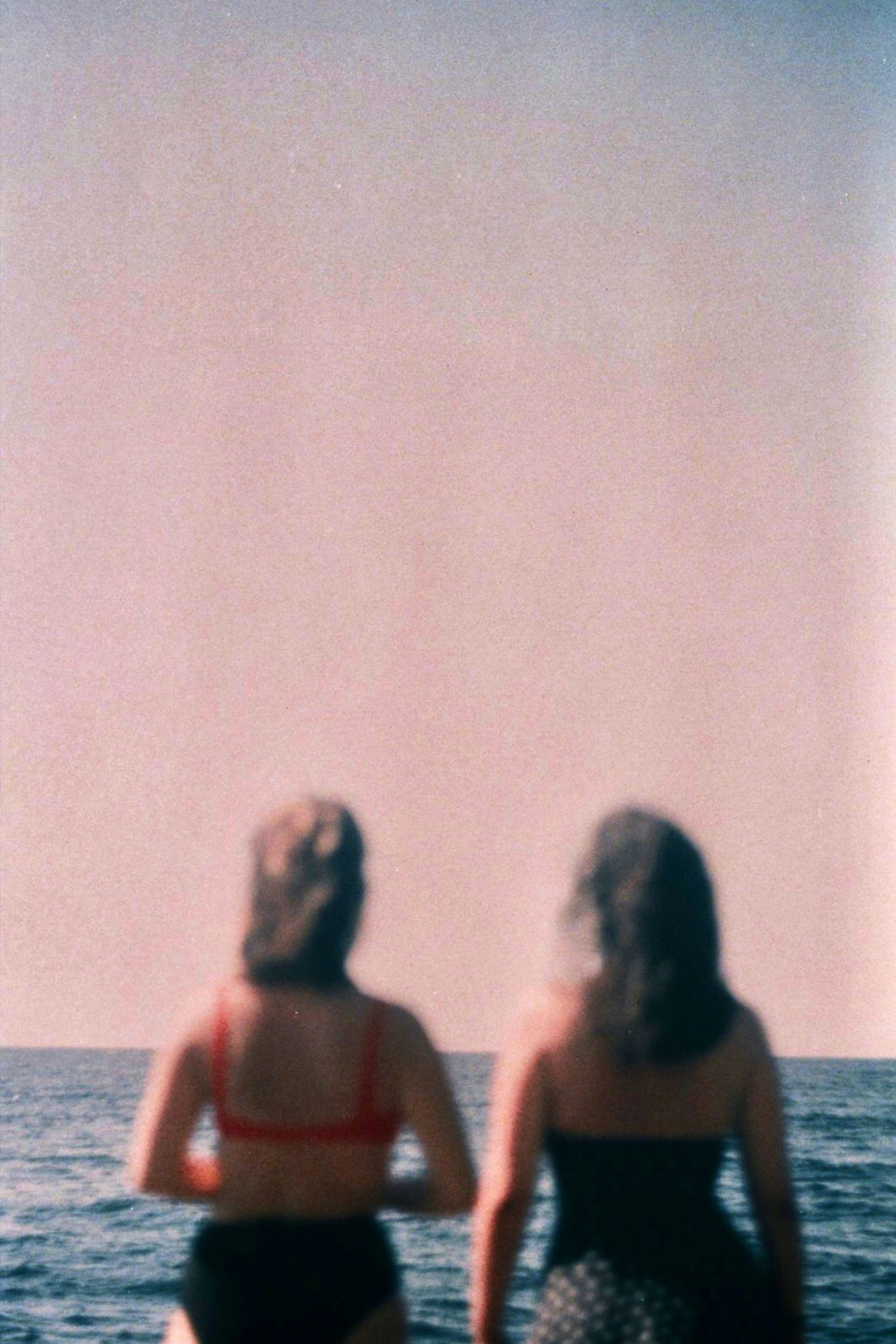 If you’re like me and you often succumb to endless scrolling on social media, then I’m sure you found TikTok a blessing in disguise during the pandemic. A haven of seemingly never ending viral video content featuring videos that are long enough to make an impact, but short enough to hold on to our ever-shrinking attention span.

I describe TikTok as being similar to a Las Vegas casino. Once you go in your concept of time quickly vanishes. Has it been an hour? Four days? Have you eaten? Who knows. From the start of lockdown the easily digestible format made the app a saviour for housebound folk across the globe and lead to seeing it reach 315 millions installs in the first quarter of the year alone – a figure that’s said to be the highest yet for a social media app in a single quarter, ever. And of course, along with its success came a whole wreath of new celebrities spearheading the app across everything from food to dance, music, wellness, household hacks, home renovations, DIY, pop culture news, fashion, beauty and skincare. You name it and it’s got it.

And one creator who can massively attribute her success to TikTok is Tinx. Also known as the app’s “big sister”, the lady with the tiny microphone and the queen of all things zeigiesty; Tinx is a tonic and her advice is something we can all benefit from. The 30-year-old Los Angeles creator dispenses free comedy, dating and life advice in bite sized nuggets of total reliability. And although being “relatable” is a saturated term in a market full of influencers at this stage, Tinx breaks away from the crowd thanks to her witty phrases, rules and theories.

Rules and theories which have been noted as totally transforming how people deal with breakups (turn the page for more Tinx wisdom on this) to how they rate their friendships. Tinx has most certainly earned her big sister title since she started TikToking in May 2020, and now her fatal flaw theory is coming in as one of her most viewed and celebrated videos ever. Why? Well, we’re about to unpack it.

According to Tinx, the fatal flaw theory, or more so a “rule than a theory” as she states online looks at how everyone of your close friends has their own fatal flaw or a flaw that is going to cause you the most distress. Once you recognise each person’s fatal flaw, you then have the ability to make a very important choice in regards to that friendship. Either accept that said flaw is just part and parcel of your friend’s DNA, or rethink the friendship entirely. It might sound a little harsh at first, but read on, it makes sense.

Tinx explains that in order to have friendships that are richer, more meaningful and intentional, we must whole heartedly accept that our closest friends often come with parts we dislike, their fatal flaws. Be it that one friend is insecure, one is constantly late for everything, one is indecisive and one is attention seeking around boys, if you don’t accept each friend’s fatal flaw, they’re only going to keep causing you suffering. You’ll bitch about it to your other friends, you’ll get stressed when it flares up and you could easily resent them for having it; a trait that’s more than likely here to stay. But, if you’re willing to look past it, then you have to tell yourself that it’s just your friend’s fatal flaw, part of their personality and you have to accept it to move on. “Once you identify your close friend’s fatal flaw, anytime it flares up you can’t be triggered by it because you have to accept that it’s their fatal flaw,” says Tinx. Giving an example she adds, “Say that they’re really insecure, and you identify that and then one day they call you saying ‘I don’t know which dress to wear’ and keep you on the phone for half an hour, you just have to view that as a write off under the fatal flaw clause. And if it bothers you enough then you have to demote them to a less close friend.”

Tinx’s rule basically looks at how people are allowed to have flaws, we all do. Just because your friend has a personality flaw doesn’t mean they’re not a great friend. Some flaws are just worth accepting for all the goodness that friend brings to the relationship. So, once you recognise the flaw, and see it as a trait you can expect from that person, it then becomes a lot easier to focus on all the parts of the friendship you love and thus, bring you closer to them. What’s great about the fatal friend theory is that it also helps to seed out the good from the bad. As we all know, quality over quantity can be applied to all parts of our lives, including our friendships. With the fatal friend theory it helps you focus on the quality friends, the ones that are important, shortcomings and all, over the quantity friends who you constantly find irritating and ultimately and have cons that outweigh the pros. In short words, Tinx is basically saying that life is too short to be spent bitter or frustrated and if you’re going to give other people your time, be it with those who bring you joy, and then put into those joy-inducing aspects.

“When I’m working with clients, friendships would always pop up and it’s so important to check whether you believe your friend’s presence really gives you joy and supports your growth and personal life goals or if they drain your energy and almost make you feel like catching up is a chore,” explains happiness coach Kirsten Rock Keogh @kirstenrockk. “If the answer is the latter, I would encourage a bit more of a deep dive in the reflection and ask yourself honestly has this always been the case or has something changed that now affects the friendship fundamentally?” Kirsten’s main focus for coaching is to help individuals overcome emotional challenges so that they can create long-lasting happiness and ultimately, improve their wellbeing.

As an expat herself, Kirsten has had to say goodbye to many friendships – some by choice and others not. She knows how difficult it can be when you’re faced with a tough decision involving friends, but still, Kirsten is a firm believer that honesty is the best policy. “You should never feel that you must suppress your feelings. Honesty is a really important aspect in a friendship, so be honest with yourself about whether the friendship is bringing you joy most days or do you feel obligated to stay friends. Once you reach this clarity, then be honest with your friend and decide whether the friendship can be worked on or let it go,” continues Kirsten. 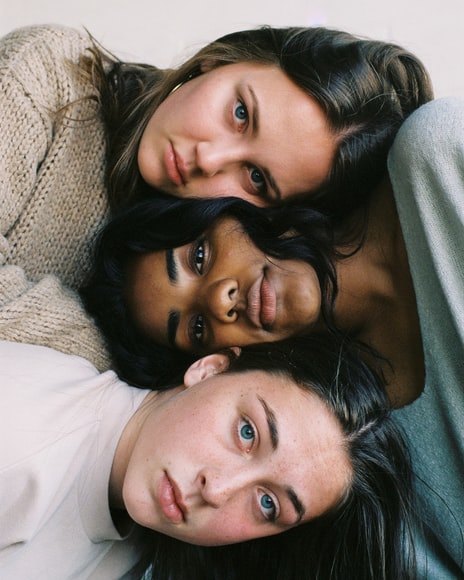 Knowing your core values and what you’re hoping to gain from each friendship will also help you see if your needs are being met. If in the unfortunate case they’re not and it’s a continuous problem, then it’ll make the reason for parting that bit clearer, for both of you. All friendships serve a different purpose and it’s important to remember that not everyone can be everything, however (and this is a big however) if you’re constantly being left dissatisfied by your friend who always shows up late, or your friend who makes an Irish exit from the pub every night you go out, then you’re going to continually get hurt.

“It’s important to understand ‘why does this habit actually trigger me?’ It’s usually because we hold a certain core value that is non-negotiable,” explains Kirsten. “We need to understand our values to be able to pinpoint what behaviours or actions annoy us the most and having this understanding can save us from reaching boiling point.”

And thus, we come full circle with the fatal flaw theory. Some habits can be overlooked and accepted, while others can’t and that’s OK. What the fatal flaw theory suggests is that it’s better to identify the certain friendship flaws that might be inhibiting you from making the best connections possible than to spend your life getting irked by some things that might never change. We hear you, sis.