What a lovely gesture. 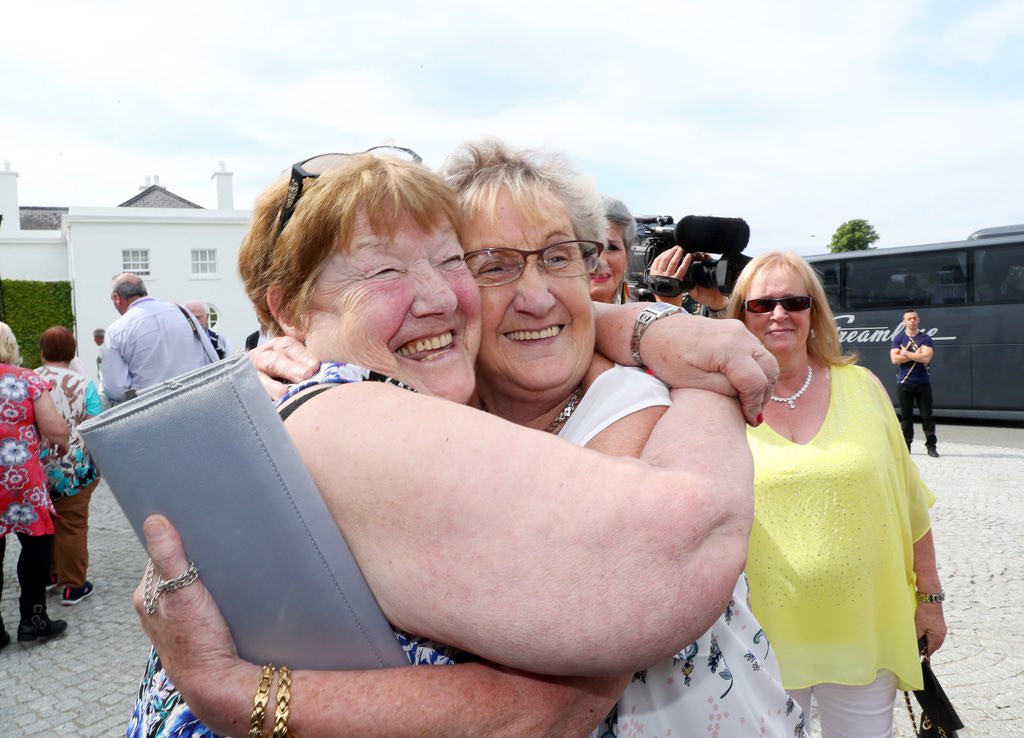 Yesterday, more than 220 women who survived the Magdalene laundries gathered together at Aras an Uachtaráin and the Mansion House in Dublin.

The survivors, now in their 80s, were taken in by the institutions as so-called ‘fallen women’ and made to do manual labour – many say that they were beaten and treated cruelly in the laundries, and had little or no access to proper food, education or healthcare.

The Magdalene laundries were first established in the 18th century and remained in operation until as late as 1996, when the last one closed in Waterford.

Yesterday’s events were organised by the group Dublin Honours Magdalenes, lead by businesswoman Norah Casey. Hundreds of people gathered to greet the women at the Mansion House, some bearing photos of relatives who survived the laundries:

.@SamanthaELong holds a photo of her late mother, who is honoured today along with countless Irish women pic.twitter.com/Ios1mrYfJA

This was the part of the two days the survivors mention over over. The public support meant everything. @maglaundries @NorahCasey #DublinHonoursMagdalenes pic.twitter.com/WhW8rKk1WJ

Speaking to the women at the Aras, President Michael D Higgins said that what had happened to them was a “deep stain” on Ireland’s past.

Ireland failed you. When you were vulnerable and in need of the support of Irish society and its institutions, its authorities did not cherish you, protect you, respect your dignity or meet your needs and so many in the wider society colluded with their silence.

This morning, Irish jewellery designer Chupi revealed that she had made a necklace for each of the survivors as a small tribute to their bravery:

For #DublinHonoursMagadalenes we made a necklace for each of the 280 women who experienced the horror of the Magdalene launderies. My brilliant team spent yesterday making, packing and writing cards to these brave women. Thank you @NorahCasey for making it possible to honour them pic.twitter.com/sCShjm4F5p

“You got a huge cheer from all the women when I announced it… some of the women have asked if they can send you a thank you card. You’re the icing on the cake today,” Norah Casey tweeted in thanks.

Beautiful gestures all round.