Could Your ‘Good Vibes Only’ Attitude Be Doing You More Harm Than Good? 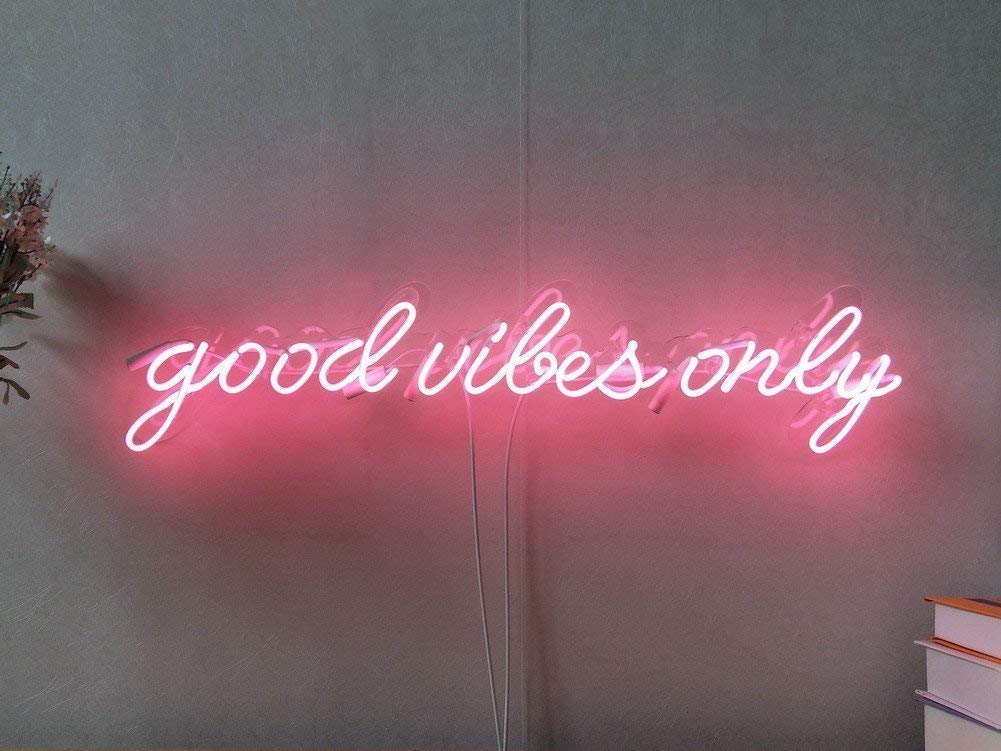 ‘Good vibes only’. ‘Don’t worry, be happy’. ‘Positive mind. Positive vibes. Positive life’.
Cheery slogans like these can be found emblazoned on everything from t-shirts, to pillows, to prints, to gym gear. Celebrities rattle them off in interviews to give us an insight into their worldview (or hit back at the ‘haters’). They’re shared on Facebook and reposted on Instagram in their thousands. And while sometimes seeing a positive quote can truly lift your spirits, other times, you can’t help but want to tell that t-shirt or celebrity or Instagram caption to bore off.

It’s interesting that as our awareness of and willingness to talk about our mental health grows, so too does this push to embrace positivity and positive emotions, to present yourself to the world as a beacon of happiness and light. But while it may be rooted in good intentions, enforcing a rule of ‘good vibes only’ could really be doing us more harm than anything else.

‘Toxic positivity’ is a new term for an old idea: that encouraging people to “look on the bright side” and “stay positive” invalidates their perfectly natural emotional responses. Tied to that is the belief that dissent of any kind is automatically ‘negative’ – and that people shouldn’t give out about something that’s upset them, question the status quo, or criticise, well, anything, lest they be accused of ‘spreading negativity’. Think about all the times you or someone you know has (maybe preemptively) apologised for being a Debbie Downer for complaining about something they’re completely justified in complaining about. There you can see this culture of toxic positivity at work.

Toxic positivity aims to be motivational, but fails to realise that actually allowing yourself to feel those ‘bad’ emotions is healthy. A 2017 study by UC Berkeley found that pressure to feel upbeat can make you feel worse, while embracing “darker moods” can make you feel better in the long run (though they can still only speculate on why that is).

“It turns out that how we approach our own negative emotional reactions is really important for our overall wellbeing,” said the study’s lead author Brett Ford, an assistant professor of psychology at the University of Toronto. “People who accept these emotions without judging or trying to change them are able to cope with their stress more successfully.”

The thing about this sort of ‘positivity’ is that it can feel sort of like a comfort blanket. It’s a lot easier to speak in empty platitudes like “Tomorrow is a new day!” than really get into how you’re feeling and lay it all out there. It’s scary to admit that something is hard, or that you or someone you love is hurting. So you remind them that they should actually be grateful for all the good things they have in their lives instead of focusing on the bad, and run away from those scary thoughts, fast. 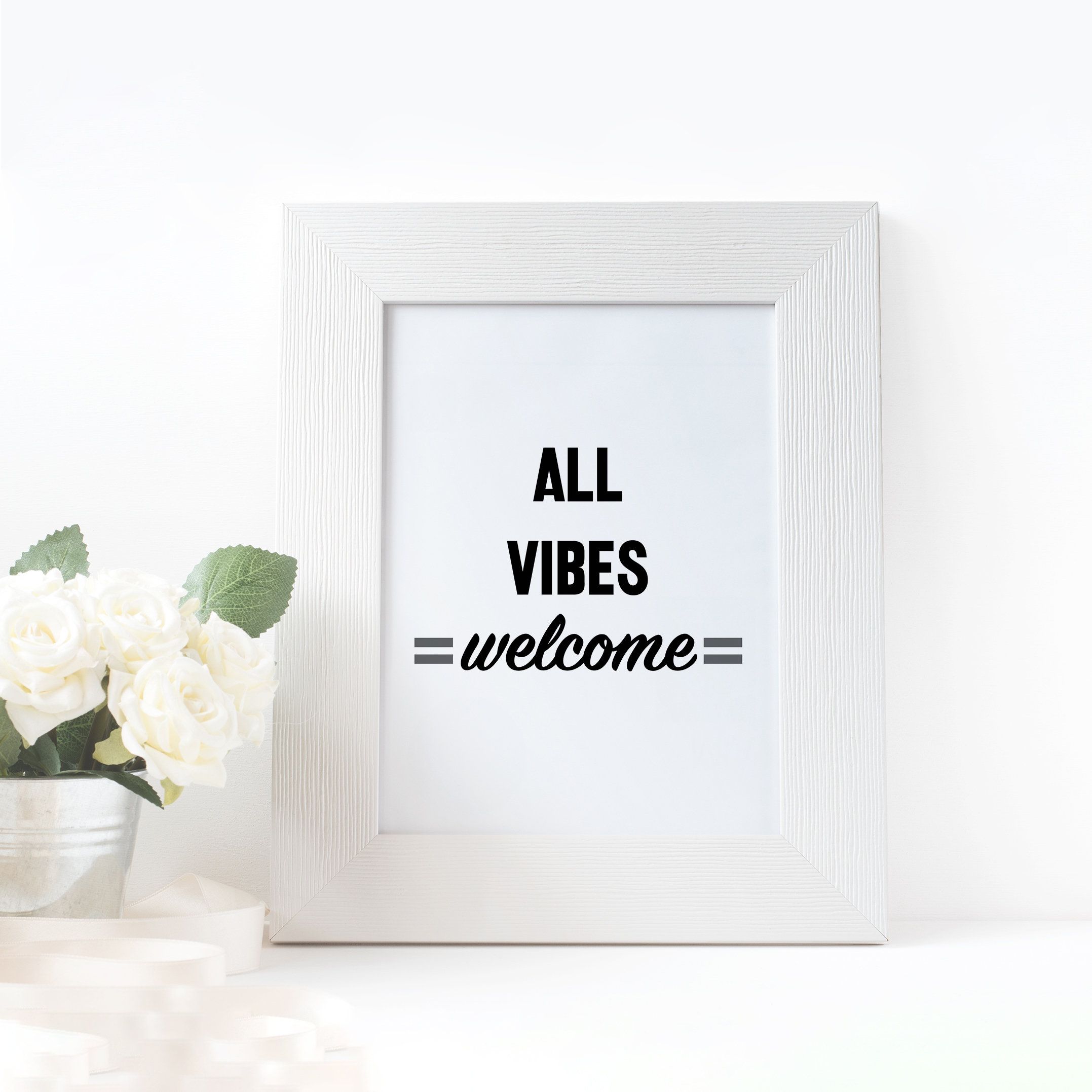 But human emotions don’t have an on/off switch. Telling someone to think positive thoughts is not just overly simplistic, it’s downright patronising. Everyone should have the right to call a shitty situation what it is, whether it’s an illness or a loss or even a bad day at the office, without someone at their shoulder reminding them that they could have it a lot worse. This just turns that sadness, anger, or fear into shame: What’s wrong with me? Why can’t I just ‘be happy’?

So what should you do instead? It is possible to be hopeful and give someone the validation they need, without stifling their emotions and shutting down the conversation completely. Family therapist Whitney Goodman has created a viral graphic that translates some common positive sayings into phrases that are far more helpful. Where toxic positivity tells you to “Look on the bright side”, real support acknowledges that that can be a very difficult thing to do, while still providing hope.

Here are some positive sayings I found on Pinterest. Alone, they’re pretty benign. But for someone who is really struggling they can sting. I translated them into some different variations that I think still inspire hope, but are validating. What do you think?

Sometimes, though, the toxic positivity call is coming from inside the house. How do you combat the messages from your own brain telling you to bury your ‘bad’ feelings and present a happy face to everyone in your life? Firstly, take a cue from the UC Berkeley study mentioned above and accept that feeling negative emotions is both important and part and parcel of being human. You’re not failing yourself or anyone else if you can’t be upbeat about something that’s getting you down. Extend the same compassion towards yourself as you would towards your best friend, and remember that you’ve probably come out the other side before. You can do it again.

None of this is to say that being positive or optimistic is a bad thing. Of course
it’s great to be positive! It’s just a lot more nuanced than we often allow it to be. Author Dani DiPirro believes that true positivity is not about glossing over or repressing emotions, but “accepting all emotions and doing whatever possible to work through them, understand them, and garner more self-awareness”.

It’s not about pretending. It isn’t a cure for your emotional state, it’s a mindset to adopt when life is difficult. It will not change the world around you, it will only impact the way you see it. You can be sad, angry, upset, anxious, drained, overwhelmed, unsure, or afraid, and still be positive.