Intuitive Dating: What Is It And How Can It Work For You?

Serial swipers and burnt out Bumblers, this one’s for you lovelorn lot. 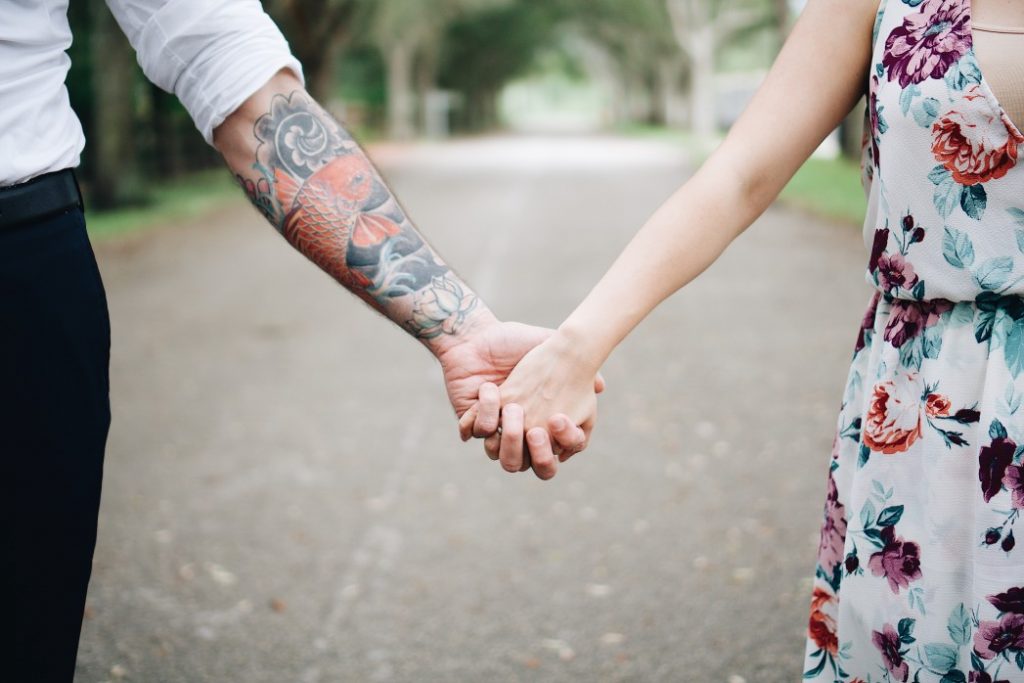 It may be March, a whole three months after New Year’s, but that doesn’t really matter in Hollywood. Cue, waking up single on New Year’s Day, the tired cliché in films and TV shows, hello there Bridget Jones blaring “All By Myself” in her pyjamas. An honourable shout out must go to Charlotte York aka Woke Charlotte, our most intense dater and relatable queen of all the Sex and The City girls who was at her wit’s end when she said, bags under her eyes and patience running low, “I’ve been dating since I was fifteen. I’m exhausted! Where is he?!”

The 90s seemed like a minefield for dating, the time, money and effort that goes into dating was a tiresome effort and you’d think that since dating went digital, things would be easier for the generation of singles trying their damnedest to find The One. Sadly not.

Tinder, Bumble, Hinge, Plenty of Fish… There’s now an app beginning with every letter of the alphabet, all promising the same thing – finding one person to love forever and ever. And if you’re dying to meet someone, you’d think that swiping as much as you can would get you further to finding that special someone!

But it can get annoying when you’re spending up to hours a day swiping, trying to start interesting unique conversations with each match and most importantly replying to those previous matches. It can feel like having an unending mound of homework that you’re never even starting to tackle. 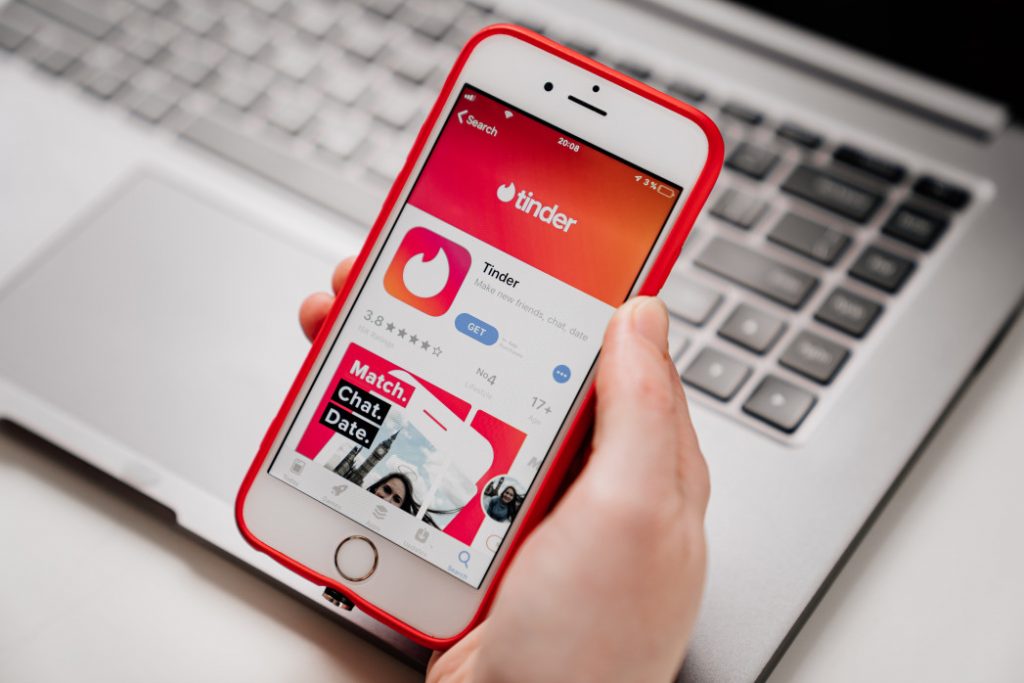 A fruitless, frustrating mound that is. A 2017 study conducted by anthropologist Dr Helen Fisher (whose three TED talks on the neuroscience of love have been watched 15 million times) for Match.com found that 54% of women feel exhausted by modern dating.

Whether you’re at the bus stop, waiting for your chicken fillet roll, between meetings or trying to get to sleep at night, it’s totally common to pick up your phone and swipe through a few potential matches in any spare time you can find. But mindless swiping can get you down, especially if you’re not seeing results.

It feels like if I can’t find someone here where it seems like there’s hundreds, thousands of people on a certain app or website and there’s no one right for me here, am I doomed? Swiping, chatting and still heading nowhere can lead to feelings of dating burnout.

And while we’re becoming better at spotting symptoms of burnout in our working lives, such as exhaustion and general dissatisfaction in anything we accomplish, we’re much less likely to apply the same level of self-care and give ourselves compassion when it comes to our evening session on Tinder.

It’s online dating, surely it shouldn’t have that much of an effect on us, right? But the vulnerability and interest we invest in dating apps do eventually take a toll. So how can we try to meet someone and still refrain from swiping all day long? According to therapist and writer Julia Bartz, the answer lies in an approach called “intuitive dating”. 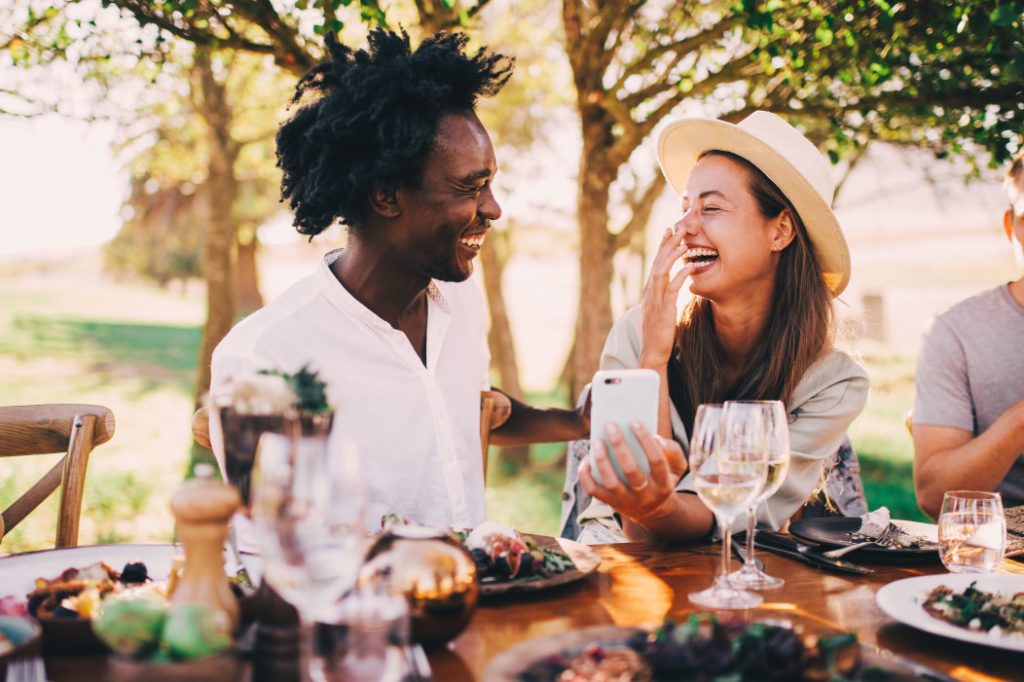 “Like intuitive eating, the concept is simple but often requires large-scale internal and behavioural changes,” Bartz writes for Psychology Today. “The payoff is feeling more peace and pleasure in dating – as well as upping your chances to meet the best possible partner/s for you.”

Intuitive eating is a philosophy of eating that makes you the expert of your body and its hunger signals. It teaches that you are the best person — the only person — to make the choices about when to eat, and how. And we can take the same attitude when it comes to intuitive dating.

So if you’re on a mission to find that someone special and you want to date in moderation, there are a few key steps in intuitive dating. Think swiping smarter, not harder!

The steps of dating intuitively:

Set out your intentions: No matter what your goal is when dating, it’s important to figure it out and hold on to it. Whether it’s something casual or a more long term relationship, it helps to be clear with others and yourself. That way, you have an aim. At first glance, it may seem smarter to go on a date with a hundred people and sift through them one by one, but it’s not going to give you the results you’re expecting. You’ll get more powerful results if you date with intention, and this’ll mitigate dating app burnout!

Limit your time and take breaks: Don’t just be intentional in your search, be intentional with your time and energy. So instead of endlessly scrolling for two hours while watching the Coronation Street omnibus, devote so many minutes to the app a day, in one block. Shall we say 20 minutes as a benchmark? That way, dating doesn’t feel like a drag or a chore. Or you won’t feel like you’ve wasted a whole day talking to someone when no sign of a date or actually meeting up is on the horizon. If you’ve been using an app for a while and you really hate it, it’s totally fine to delete it for a bit too and take a breather, constantly chatting to multiple people can be overwhelming. Dating, especially online shouldn’t be so draining, have fun with it! Remember that being single shouldn’t mean your priority in life is to constantly be vigilant for a partner.

Focus on a person’s energy: Don’t forget about your intuition. If something or someone feels off, it could be better to just cut things short. Some people may just point blank not like you and that’s allowed. You could waste precious minutes, hours, days of your life talking to someone who’s giving nothing back and you’re not going to change their feelings. Sorry, but we have to be cruel to be kind!

Look inward: Another part of intuitive dating is reflecting on yourself, your dating history, traumas, etc that may affect your future relationships. Are there certain triggers that really put you off someone or make you want to swear off a certain type of person? Doing the work to heal those things is an important step in intuitive dating.

Put yourself first: Never feel pressured to reply or date someone you know you wouldn’t get on with, you have to protect your peace and wellbeing. And don’t put pressure on yourself to date or promise yourself you’ll meet someone by the end of the year. These things take time. We feel sorry for our dear Bridget Jones when she makes resolutions such as losing 20 pounds and finding a “nice, sensible boyfriend to go out with.” Talk to yourself and treat yourself well like you would a friend or family, and if you’re wrecked from dating, pamper yourself. It’s a tough ol’ game out there!