Jimmy Bennett claims that the #MeToo leader assaulted him when he was 17. 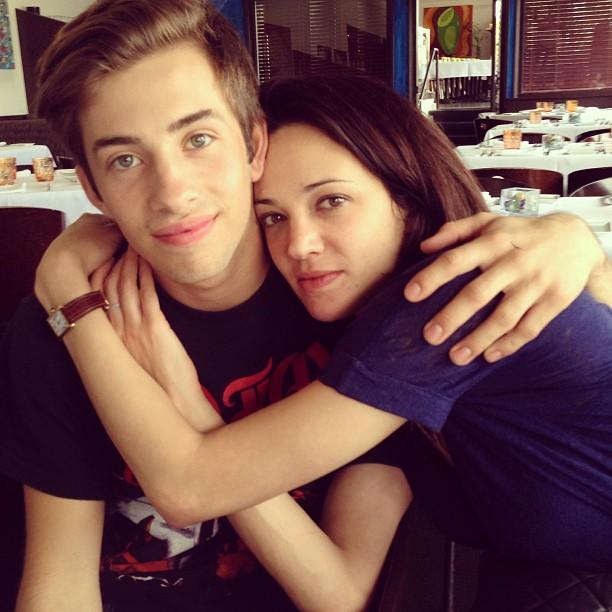 The actor who has accused Asia Argento, one of the leading voices in the #MeToo movement, of sexual assault has said that he was “ashamed and afraid” to speak out about the incident.

Jimmy Bennett claims he was sexually assaulted by the Italian actress in 2013, when he was 17 years of age – they first met when he was seven years old on the set of the 2004 film The Heart Is Deceitful Above All Things, in which he played her son.

In a statement given to the Hollywood Reporter, Jimmy said that while he initially chose to handle the situation in private, his “trauma resurfaced” when Asia spoke out about her own sexual assault last year.

I have not made a public statement in the past days and hours because I was ashamed and afraid to be part of the public narrative. I was underage when the event took place, and I tried to seek justice in a way that made sense to me at the time because I was not ready to deal with the ramifications of my story becoming public.

“At the time I believed there was still a stigma to being in the situation as a male in our society. I didn’t think that people would understand the event that took place from the eyes of a teenage boy,” he continued.

Asia was one of the first women to publicly accuse producer Harvey Weinstein of sexual assault. In May of this year, she made an impassioned speech at Cannes Film Festival, saying the event was once his ‘hunting ground’.

According to a report in the New York Times, Asia paid Jimmy off to the tune of $380,000 – she has denied ever having a sexual relationship with him, and said that she paid him to stop him harassing her. The payment was made by her late boyfriend Anthony Bourdain, who she says had “his own reputation as a beloved public figure” to protect.

Yesterday, text messages obtained by TMZ contradicted Asia’s denial of a sexual relationship between them – in the texts, she admits that they had had sex, but claims to not have known Jimmy was a minor. A photo of the two of them in bed was also leaked to the gossip website.

Some of the other leading figures in the #MeToo movement, including actresses Rose McGowan and Mira Sorvino, have responded to the allegations against Asia:

I got to know Asia Argento ten months ago. Our commonality is the shared pain of being assaulted by Harvey Weinstein. My heart is broken. I will continue my work on behalf of victims everywhere.

Having just touched down from several weeks abroad, I am reeling from the recent news. Although hoping against hope that it is not true, here are my current thoughts: pic.twitter.com/8oOF3LmHLQ

Jimmy, who is now 22 and pursuing a career as a musician, concluded his statement by saying that he has “had to overcome many adversities in my life, and this is another that I will deal with, in time.

“I would like to move past this event in my life and today I choose to move forward, no longer in silence.”