10 European Summer Festivals To Check Out in 2022

Get your glitter and your glad rags on - it’s festival time. 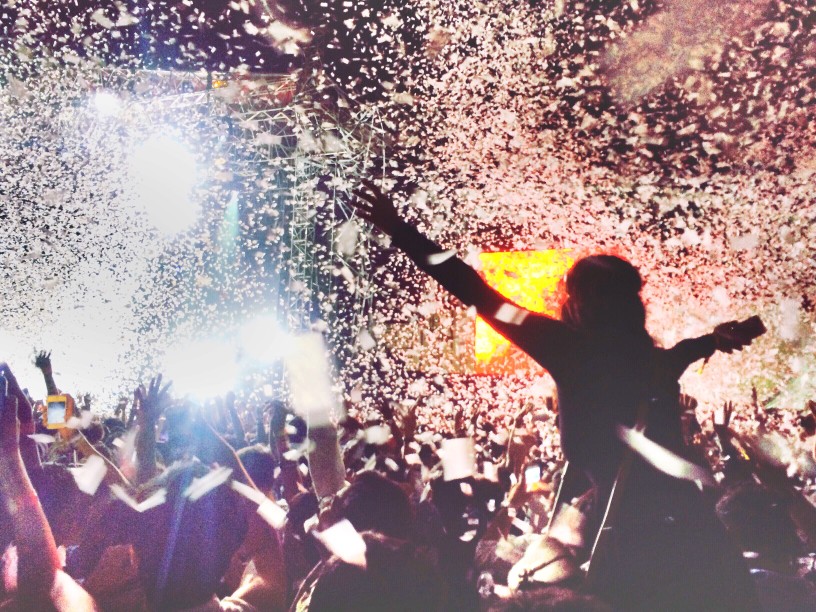 Oh, how we’ve missed festivals… What could be better than dancing to your favourite artists, shoulder to shoulder with your besties, with glitter in your hair and wellies on your feet?

Now imagine doing that with sand in your toes and the sun at your back – bliss.

Take a look at this list of super summery European festivals to start planning your festival fantasy – and don’t overlook the rainy Irish festival or two we’ve popped in here, because nothing really beats them.

Hideout is possibly one of the coolest festivals ever, as it incorporates beach and pool parties into it’s tropical island theme. On top of catching dance music acts like AMA, Camelphat, and Franky Wah, you can hop in banana boats, have a go on a jet ski, and even do a bungee jump. Buy tickets here for the festival running 3rd-7th July.

Described as going ‘beyond’ the regular festival, Mad Cool is a musical and cultural experience set in the sunny Spanish capital Madrid – and their line up is virtually unmatched. Over the course of five days (6th-10th July), you could see Florence + The Machine, Pixies, Metallica, The Killers, Muse and Tove Lo, among countless others – so yeah, it’s pretty cool. Buy tickets here!

Described as the Island of Freedom, Sziget is held on Hajógyári Island, Hungary, and is one of Europe’s largest festivals, chock-a-block with things to do and see. Just some of their acts this year include Justin Bieber, Calvin Harris, Arctic Monkeys and Tame Impala. Buy tickets here for music, circus acts, theatre and more from 10th – 15th August.

Calling all Irish indie music lovers! Held each year in Mitchelstown, County Cork, and running 29th – 31st July. It’s been shortlisted as one of the best small festivals in Europe, and while the crowd tends to be more intimate than other festivals, it’s a brilliant weekender for fantastic music and tasty food stalls. Buy your tickets here to see Rudimental, Erica Cody, Soulé and more!

Though it has a few locations around the world, where better to enjoy a festival than beautiful Barcelona! Primavera is massively popular, with all the tickets selling out very early on, but you can join the waiting list here for more to pop up. This year will see Dua Lipa, Charli XCX, Tyler The Creator, and Megan Thee Stallion take to the stage. You won’t want to miss it.

One of Europe’s largest open air electronic music festivals, Balaton Sound is guaranteed to be a wildly enjoyable couple of days for anyone who loves a good boogie. Set on Lake Balaton in Hungary from 29th June-2nd July, the weather is bound to be gorgeous. Buy tickets here to see Alesso, Marshmello, Martin Garrix and more.

Don’t be fooled by the name – this established Portuguese festival isn’t limited to just rock music, with a seriously impressive line up – including ASAP Rocky, Leon Bridges, Flume and Jamie XX. It’s held each year in Meco Beach, Sesimbra, and has been drawing massive crowds since 1995. Buy your tickets here!

On the outskirts of Berlin, held on an old coal mine among abandoned ‘iron giants’, Melt is a seriously cool and uber grungy festival for alternative music lovers. With headliners this year such as Pink Pantheress, Caroline Polacheck, Peggy Gou and DJ Seinfeld, it’s a guaranteed good time. Buy tickets here to go from the 9th – 12th June.

Set in the lush mountains of Bilbao, Spain, this festival has one of the most enchanting settings, with stages tucked between trees and a truly ethereal feel. From the 7th – 9th July, experience some of the best and most varied music acts, from LCD Soundsystem and Stromae to Phoebe Bridgers and Slowthai. Buy tickets for this mixed bag here.

Forbidden Fruit is a funky blend of hip hop, techno and indie music, and it’s right on our doorstep! You’ll be able to see an impressive mix of Irish and international acts at the grounds of the Irish Museum of Modern Art in Dublin City. This year catch Bicep, Lorde, Kojaque, Hot Chip, Gemma Dunleavy and more – buy tickets here for June 4th – 5th.