10 Things You Need To Know About Hocus Pocus 2

The Sanderson sisters rise once more.

Hocus Pocus is one of the most iconic films and the ultimate nostalgic flick.

It was released 28 years ago and is still popular today, definitely a film deserving of a sequel. And that’s precisely what it’s getting.

Disney confirmed the sequel in 2019, and filming just began this weeke. Sarah Jessica Parker, who played Sarah Sanderson in the original, knew that 28 years was a long time to wait for some content. So she decided to share a behind the scenes look as they started filming.

SJP shared a look at her character Sarah’s foundation being mixed and a sneak peek at her blonde wig. 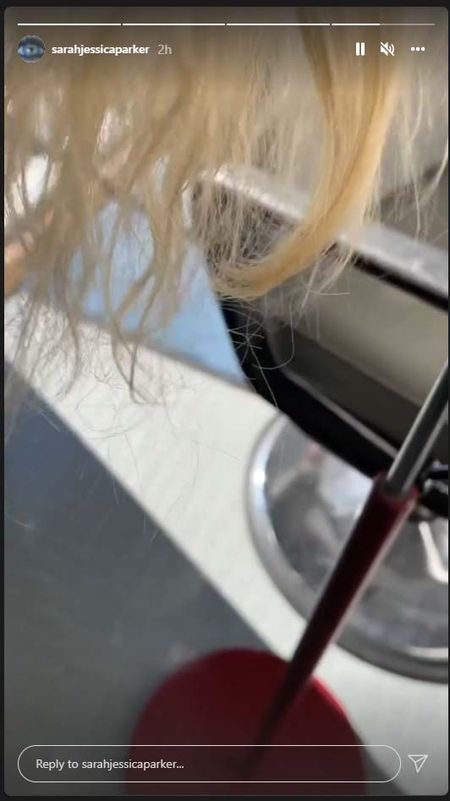 Luckily that’s not all we’ve got, and there’s some juicy information floating around RN that should satisfy those Hocus Pocus cravings.

It is pretty fitting that the sequel would arrive on Disney+. Most people discovered the film on their tellies at home, which is how it gained popularity. So, the sequel will have the same watch experience as the OG, being enjoyed from the comfort of the living room.

2. The three original Sanderson sisters will be returning

What would Hocus Pocus be without the iconic witchy trio, and so we’re lucky the original actors will be reprising their roles. Bette Midler will be back as Winifred, while obviously, SJP is on board as Sarah, and Kathy Najimy is returning to play Mary.

While the actual day and month remain a mystery, we do know the general time frame for the film’s release, thanks to none other than Winnie Sanderson herself Bette Midler, who tweeted, “Sistaaaahs! It’s been 300 years… But we’re BACK! #HocusPocus2 arrives Fall 2022.” Best guess would be that the spooky witch film coming out in autumn will probably be released around Halloween.

4. None of the kids from the original will be returning

Max, Dani, and Alison played a significant role in the first film, but it doesn’t seem like they’ll be returning. Omri Katz (Max), Thora Birch (Dani) and Vinessa Shaw (Allison) weren’t announced as part of the cast for the second instalment. Unless they’re planning to keep it as a surprise, it doesn’t seem like they’ll be featured in the second movie.

5. Plenty of amazing new actors are joining the cast

Some new talent will be joining the cast, including Whitney Peak, who most will recognise from the Gossip Girl reboot. Belissa Escobedo and Lilia Buckingham will also be joining the cast. The three girls will play Becca, Izzy, and Cassie, respectively, teenagers who must defeat the Sanderson sisters.

Tony Hale of Arrested Development fame will be joining the project as the Mayor of Salem. Sam Richardson, Hannah Waddingham, Juju Brener, Froy Gutierrez, Taylor Paige Henderson, and Nina Kitchen have also been cast, but their roles haven’t been announced.

6. The original costumes will be used

Considering the sisters have been frozen since the last film, it makes sense that their clothes will be the same. The Sanderson’s will be sporting their iconic green, red and pink gowns in this new addition.

7. The sets look just as good as the original

While most of the locations in the first film probably won’t need to make an appearance in the second, some are pretty much essential to the story. Places like the Sanderson’s house have been rebuilt for the new film.

The first flick was filmed on sets in California, with only two weeks being spent filming in Salem. However, the sequel is filming around Rhode Island and Salem instead. Hopefully, things won’t look too different.

9. Anne Fletcher will be directing

Anne Fletcher took over from Adam Shankman due to scheduling conflicts with his upcoming Disenchanted film. Her previous work includes Step Up, 27 Dresses, The Proposal, and Dumplin.

Doug Jones will be reprising his role as Billy Butcherson, the zombie ex-boyfriend of Winnie who cheated with Sarah. Billy is a fan favourite, so it’s pretty exciting that he’ll be back for the second film.

LISTEN: Pamela Joyce Is The Latest Guest To Spill Her Beauty Se...