RHONJ take in the sights around Dublin 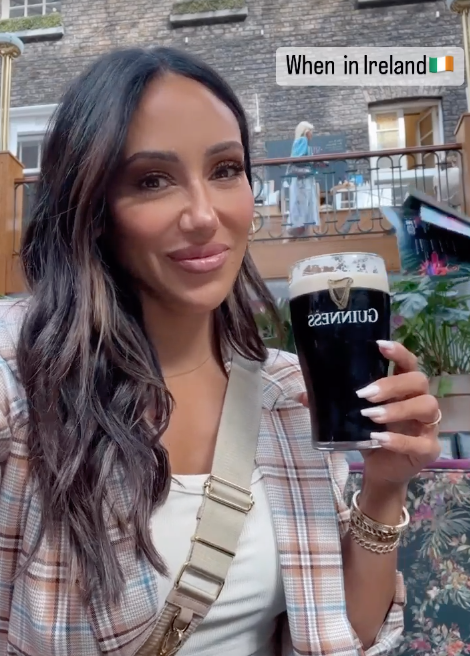 The cast of The Real Housewives Of New Jersey have been spotted living it up in Dublin’s Fair City this week…and there’s something thrilling about seeing them filming at our fave local spots!

The ladies didn’t seem to make it as far as Coppers, but were seen wining and dining in Dawson Street’s Café en Seine and Little Pyg in the Powerscourt Centre, where we’re sure the group took full advantage of the two for one cocktails.

Teresa Giudice, Dolores Catania, Melissa Gorga, and Jennifer Aydin have all been sharing snaps from their Dublin trip, and looked to be very much embracing the Irish spirit in some green themed outfits.

The New Jersey gals were also spotted in Sheehans Bar on Chatham street, where according to one eagle eyed fan, a pint drinikning competition reportedly took place!

The #RHONJ gals went to Sheehan’s, some people ended up filming in the background. Jackie did a pint drinking challenge with the guy she’s hugging here, he showed me a video of them chugging a pint 😂😂 pic.twitter.com/57YEE4l7Ht

The gang are apparently staying in Luttrellstown Castle, Porterstown, a luxury resort located in Dublin 15. Only the best for these ladies. The girls have also managed to make it out of the Capital, to Meath no less, with Teresa sharing a pic to her insta from inside Navan restaurant, Luvida.

It looks like the trip to Ireland might be happening on account of Teresa’s Hen celebrations, after the group were spotted sporting white feather boas on their travels around Dublin.

The bride to be, Guidance, became engaged to finance Luis Realas last Ocotber, but recently confirmed the wedding would NOT be filmed as part of the show’s thirteen season.

We hope the girls are enjoying their stay on the Emerald Isle, and maybe call us for a drink while they’re here?