Dermot Kennedy Just Opened Up About His Friendship With Jamie Dornan

We love this duo! 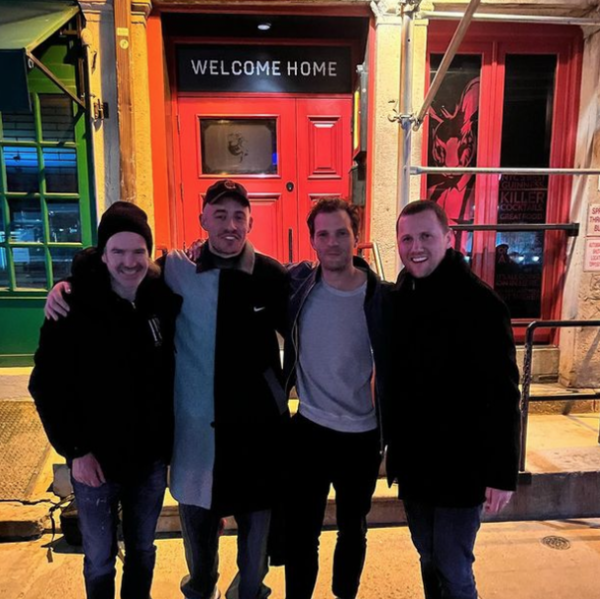 Jamie Dornan is one of the most successful actors around, and Dermot Kennedy is one of the biggest music artist in the industry. So it just makes sense this pair would be best mates.

They met in January of this year, and went for drinks while in New York, heading to pub, The Dead Rabbit, and now Dermot is opening up about their night out, and friendship.

Telling The Irish Sun: “He’s class. He’s the world’s biggest hunk. He’s a great craic. We just chatted about everything and anything.”

“He was in town for a TV chat show. He had to be up for a really early flight the next day. But every time he went to the bathroom he told the bar, ‘Seven more pints, seven more pints.’ It turns out you can get a decent Guinness in New York.”

But that isn’t Dermot’s only fond memory from New York, as he had a ball in the Big Apple.

While there, he even joined a local Irish football team, the New York Shamrocks, and loved every second of it. Saying: “It’s not as funny and corny and Irish as it seems. They’re a good team. I love it. It gives me clarity of mind like nothing else, including music. It gives me this whole other level.”

Dermot spent much of this year, working on his upcoming album, Sonder, which is out on the 23th of September, in New York, and then part of the summer tour, the USA with singer Shawn Mendes, but the tour ended early as Shawn was advised to stop perform and mind his mental health.

One Dermot’s adventures from his time in New York, was actually a sweet way to interact with fans. As he decided to surprise them with a special treat, revealing unreleased lyrics from his new music on handwritten letters hidden around Brooklyn, for fans to find.

The Dubliner announced the scavenger hunt on his Instagram, saying; “I’m leaving ten cards with unheard lyrics from new music around Brooklyn for the next hour or so. If you grab one you’ll get special rewards from me soon.”

“If you like my music and you grab one of these I promise it’ll be worth your while in the future. Happy searching X”

As for what exactly those special rewards were, Dermot has a few ideas in mind, promising; “I’m gonna make sure that it’s like a special thing to have and that if you show up with it, at a show in five years, who knows, you’ll like get merch, get tickets.”

“It’ll be like an early mailing list almost. So if you see one of these around, or if you see them near you, do pick it up.”