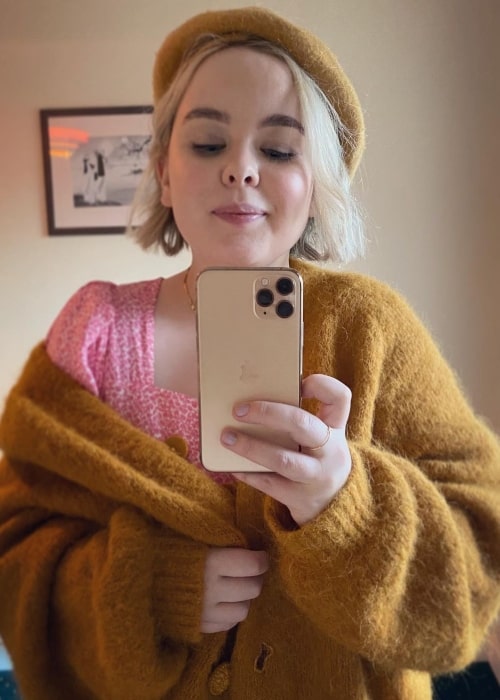 A character I would absolutely love to play is Sally Bowles in Cabaret.

I’ve been really lucky in that I’ve had a lot of career highlights in the last few years. but a random one is finding out that Lin Manuel Miranda watched Derry Girls. I’m a big Hamilton fan so that was very exciting.

All of the costumes in Bridgerton were custom-made for us. Filming was such a magical experience – we went to so many beautiful country estates in the UK.

It’s really cheesy, but one of the best parts of filming Bridgerton was working with Claudia Jessie, who plays Eloise, my best friend on the show. Hopefully, the series continues, because being able to work with her more would be just wonderful.

I studied English and Classics in NUI Galway. I was in the drama society, so I spent a lot of time doing that… and being in the college bar.

I did an Erasmus year in Malta when I was 19 which was one of the best years of my life. I learned so much.

I’m the baby of the family. My eldest brother is 16 years older than me – so yeah, I probably got away with murder and was very, very spoiled.

I’ve just started the new series of The Crown on Netflix, which is incredible. But I’ve also been watching a lot of the Real Housewives. High and low!

I think anyone called Nicola is going to be called ‘knickers’, but as a teenager I got called ‘Avril’ after Avril Lavigne because I had the hair and the ties and the whole shebang.

My dream celebrity dinner guests are Oprah (she’d have a lot of good gossip), Liza Minnelli, and Rylan. I feel like that would be a great mix.

I hate goat’s cheese. It’s annoying because goats cheese is often paired with delicious things, but everything about it is off-putting to me.

Berlin is one of my favourite places. It’s just a fascinating city – I did a walking tour along with loads of people’s grandparents. There’s so much history.

My style icon is Mary-Kate Olsen when she went to NYU. It’s a very specific period of time but I just thought she looked so cool, there was lots of layering and hoodies and rings.

Shiny Happy People by REM is the first song I ever remember hearing, and it always brings back memories.

My favourite book is Goodbye to Berlin by Christopher Isherwood, which is the book Caberet was based on. There are lots of different stories in it about Berlin in the time before the rise of fascism.

I love having people back to my flat after a night out, we’ll just drink wine and sing. I have a kind of dress-up box with feather jackets and stuff like that, and everyone ends up putting on my clothes and dancing around.

I always carry a mini Belle Brush (by Galway-based hair salon Belle Hair) in my handbag. It’s so good, and doesn’t take the volume out of my hair.