A Definitive Guide To DM Sliding

There's no doubt that sliding into someone's DMs is a daunting task, but we've got some tips on breaking the ice smoothly. 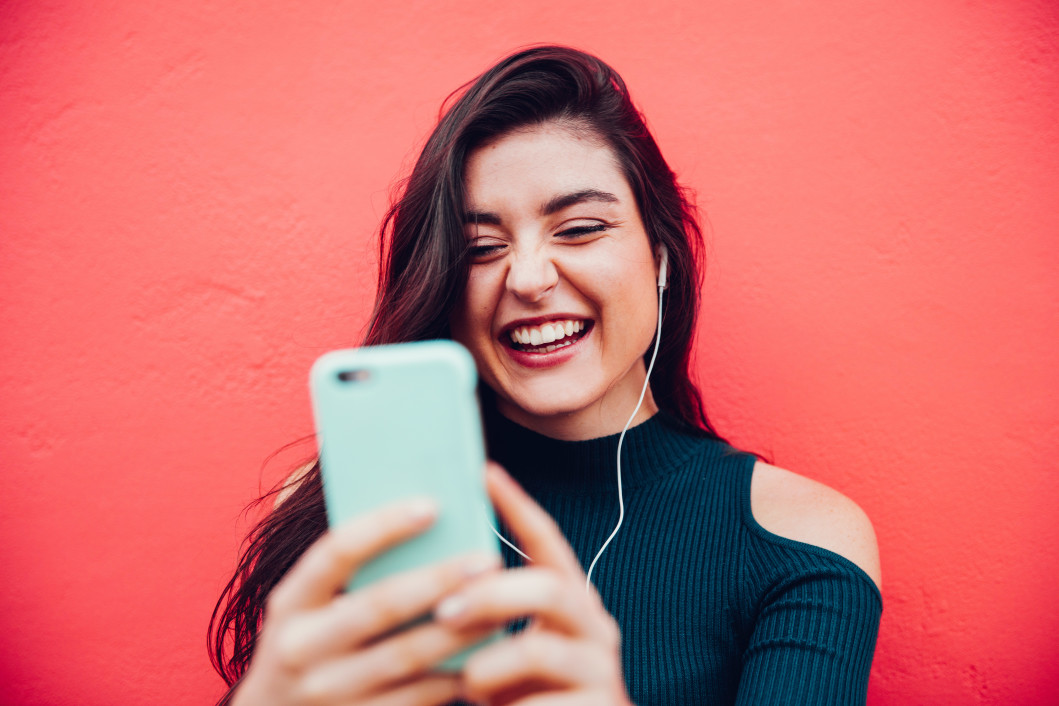 “Will I seem weird though?” Answer: probably not. Yet it’s easily the most Irish question ever. It’s the one we recite countless times before doing anything that makes us feel vulnerable. Hoping to aid embarrassment and fear by over analysing ever single aspect of what we’re planning to say before even typing a word.

From potentially saying something wrong and ruining all chances, to being left on seen, DM sliding isn’t an easy game. And when it comes to sliding into the DMs of someone you don’t know whatsoever – it can feel like an even scarier task. But it’s 2022, and as last year showed us, in order to make sparks fly, sometimes you’ve got to break the ice virtually. There’s no shifting on the dance floor or 2am introductions in the chipper to be seen here (for now!) But don’t let that stop you. Online dating is now more popular than ever before – even Dating.com noted Ireland in particular as a hotspot for e-flirting! So what are you waiting for?

Getting the ball rolling

Before you even think about breaking the ice, do a little homework on who you’re about to DM. Now, the chances are you’ve already spotted things about this person that you like or you wouldn’t be keen to strike up a conversation, but it’s time to now take a closer look. Watch their Insta Stories for a couple of days, look out for any particular interests of theirs, and check if you’ve any close mutuals that you could suss out more information from. Mutuals are also handy for when it comes to talking to your crush – the whole “omg, you know them too?” card is always a good point of conversation.

2. Make sure you’re following them

Another important step is to make sure you’re actually following the person you’re thinking of messaging before doing so. If they follow you back – great, if not, it’s important to note that on Instagram your DM won’t appear in their primary messaging tab, but as a requested message instead. This means that there is a high possibility they won’t see your DM straight away, especially if they don’t pay attention to their requests. Once they spot it though, they’ll have to accept your request to chat and then you can get the conversation going. The intricacies of how it started will soon become a distant memory.

Putting some thought into what you’re going to say is key when opening up a conversation online. Make it relevant to something they’ve posted, or something mentioned in their bio – did they just post about a series you’ve also watched? Do they like a sport you’re tempted to get into? Asking a question will not only open the floor for a response, but it’ll show you’re interested in what they have to say. 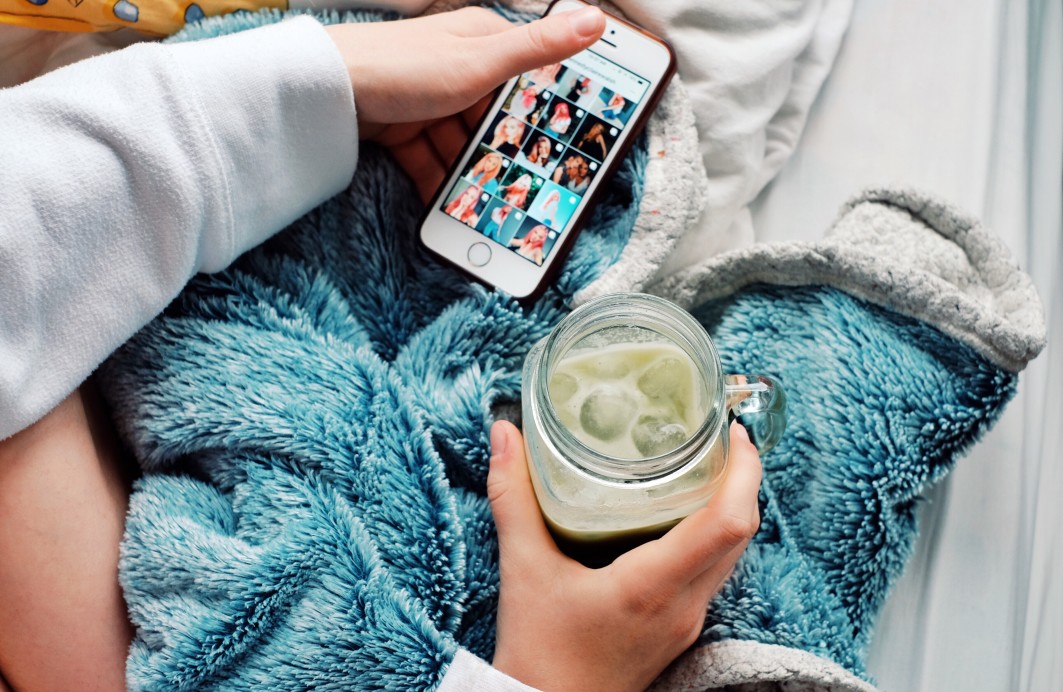 The chances are your crush will feel flattered that you took the plunge and messaged them first. We all know that the initial move takes courage, and if they like you back, they should now be willing to play their part and keep the conversation flowing too. Jumping from subject to subject is natural as you find similar interests, but easy topics to incorporate include work, pets, weekend plans, food and cooking, TV and movies, as well as post-pandemic travel plans.

If the conversation naturally fades out that’s OK, people are busy and texting someone all day, every day isn’t feasible unless you’re 14. So if it feels right, don’t be afraid to touch base again, talk about something that happened in your day or a funny meme you saw. But do note, if they’re not responding to you after you reached out again, leave it be. Being ghosted absolutely sucks and it happens to all of us at some stage, but you’re better than someone who keeps slinging messages into a DM with no response. This never works. At the end of the day, whether it was lack of interest or just back luck, they clearly weren’t meant to be. 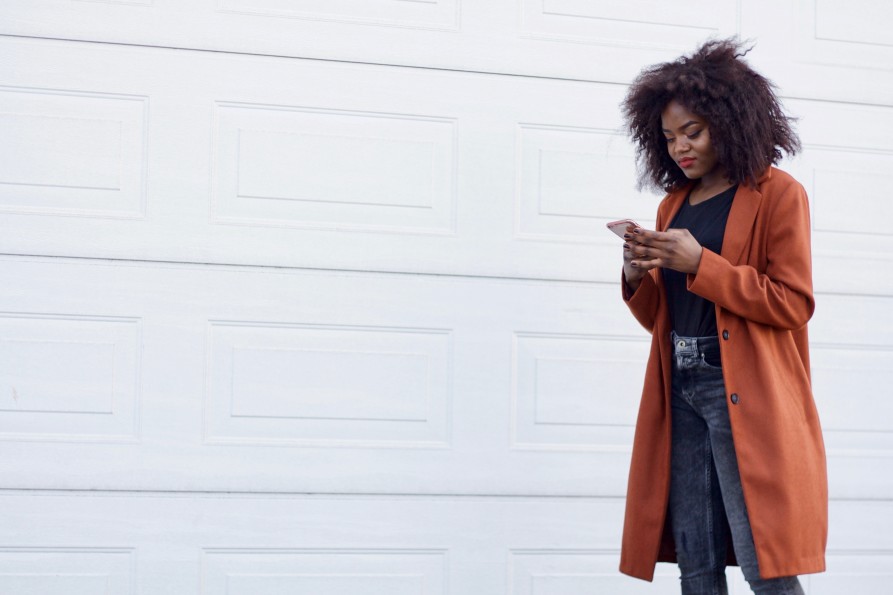 6. Asking for their number

However, if all is going swimmingly, first of all – how exciting? And secondly, it’s time to think about moving things out of your Tinder DMs or Instagram chat. Whether you just want to progress to the WhatsApp phase or you’re keen to chat to them on a video call, asking for their number is another big step. After you’ve put down a solid chat through DMs asking for their number is a natural progression. An easy way to get out of saying ‘drop the digits, love’, is to hand over your number instead. Explain that you find it easier to talk on WhatsApp, or you want to send them a cute video of your dog, whatever the case may be, giving them your number will take the terror out of asking them for theirs, trust us.

7. Don’t rush it if it doesn’t feel right yet

Remember, there’s no timeframe that you need to adhere to when it comes to dating, especially during a pandemic. If you feel likes it’s time to meet in real life – go for it. If not, give yourself more time, maybe even pitch the idea of a video call first. There’s no rush. Naomi Walkland, head of UK and Ireland at Bumble said: “Lockdown has had a lasting impact on the way people are navigating the new world of dating. Where previously people would go on dates pretty quickly after matching, singles are now taking the time to talk and explore their connection before even meeting. This kind of ‘slow dating’ is bringing forward conversations that may have happened two or three dates in as people are working to figure out what they’re comfortable with, both in real life and virtually.”

And finally, when the time is right and you’re eager to meet offline, it’s time to plan a date. Being specific about what you want to do and personalising the question to what interests both of you is always best. Especially during Covid times when people are more wary of meeting up IRL. It’s best that you’re clear on what your first date will entail. From trying out a restaurant that you both have mentioned looks good, to something more tame like going for a socially distanced walk and coffee, tailoring it to what suits you both and what you’re comfortable with is key. Above all, getting to know someone is such an exciting time, so live in the moment and most importantly, enjoy yourself.

First Look: One Couple Heads To The Hideaway And Ron Makes A Bi...

Fans Think They Have *Actually* Figured Out Molly-Mae's Baby Na...

Has she? Hasn’t she? Will we even know when she

Major moves are being made on tonight's Love Islan

Blake Lively is set to star as Lily Bloom alongsid