A look back at some of our favourite moments. 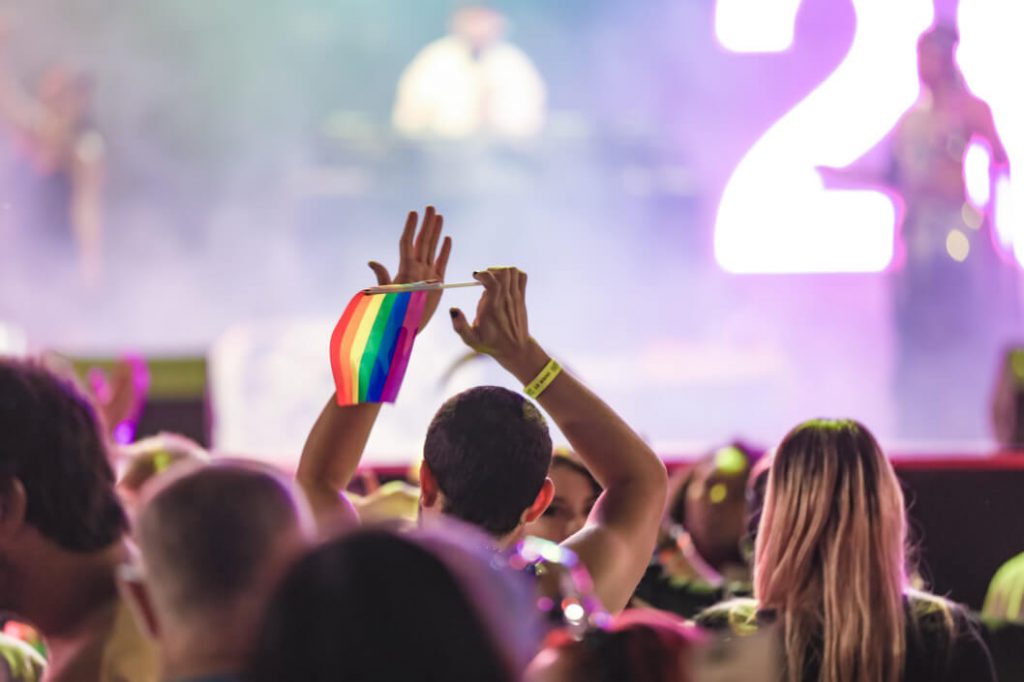 It was quite the weekend for the LGBTQ+ community here in Ireland, as for the first time since the pandemic, Dublin’s Pride Parade returned in all its glory and my oh my, was it a triumphant one.

Thousands of people came together to paint the town rainbow and show their support. Over the years, the month of June has become synonymous with Pride and reminds us of the hard-fought battles of the LGBTQ+ community during the 1969 Stonewall Riots in Manhattan.

So being the pretty momentous occasion that it was, we thought we’d look back and round up some of the best bits that went on in the capital at the weekend, in celebration of Pride 2022.

After three years without a Pride party, Mother returned with a bang, kicking off the celebrations with none other than the Pride Opening Party on Friday, June 24th. Taking place on the grounds of The National Museum of Ireland, at Collins Barracks, they hosted a whopper event with Years & Years playing as part of their The Night Call tour. Between the hard-core boogying and top-of-the-lungs singing, it was no doubt the perfect way to start the weekend.

Following their electrifying opener of an event, Saturday and Sunday saw the highly anticipated return of the Mother Pride Block Party. Hosting two stages across the weekend, those lucky enough to nab tickets were treated to performances from drag queens such as Victoria Secret, Davina Devine and Regina George, while Anitta, Rina Sawayama, Peaches and Le Boom were amongst the range of artists who took to the stage.

After being cancelled for the past two years due to the pandemic, (cheers covid!) the iconic Dublin Pride Parade finally returned to the streets of Dublin and let me tell you this, it did not disappoint.

Both the march and parade took place at the same time with the march acting as a display of rights and a demonstration of solidarity, while the parade showcased a celebration of diversity and inclusion. Brimming with colour and fun, there was a mixture of floats, dancing and stand-out performances for all to enjoy while it sashayed its way across the city. The last parade to take place in Dublin was in 2019 with a record-breaking 60,000 attendees. Not a tap on this year, we reckon!

Probably the most wholesome event of the weekend saw Merrion Square transform itself into a Pride Village for a full day festival on Saturday, June 25th. Supported by Dublin City Council and pride’s festival sponsors, the event included two stages of entertainment all day, community zones, a family area, a quiet zone, food vendors and even a new sustainability zone. How lovely!

Dublin Drag Queen powerhouses Victoria Secret and Davina Devine returned with their annual supersized ‘Pride POP-Up Party’ on Saturday for a night of dancing and singing. The nine-hour pop fest played host to a range of home-grown Irish talent and certainly carried the magical Pride atmosphere well into the early hours of Sunday morning.

Although that’s Dublin’s Pride weekend finished for another year, there’s no need to fear, as plenty of other counties are yet to celebrate, with Mayo, Limerick, Cork and Galway, (to name but a few) all putting on events across different weekends in July and August. So grab some more glitter and wave your flag as Pride is certainly not over yet.