Apparently This Is How Much Kourtney Kardashian’s Engagement Ring Cost

Not surprised at all tbh, it looks HEAVY.

The pair got engaged at Rosewood Miramar hotel in Montecito, California over the weekend, with the most incredible rose display on the beach.

According to a source who spoke to E! Online, Kourtney had “no idea” about the engagement.

“It happened during the sunset at Rosewood Miramar,” the source continued. “They had just got back from NYC and decided to do a day trip to Montecito. Kourtney thought it was going to be a casual day, as they always go to Rosewood, and she was totally thrown off.”

But what about the ring? Well, it’s reported that it cost a whopping $1 million. 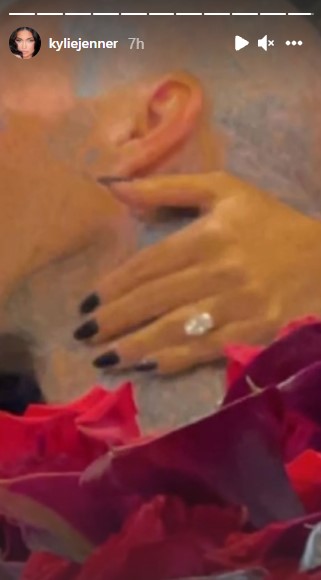 Mike Fried, CEO of The Diamond Pro, valued the ring and revealed to Page Six Style: “It appears Travis has bought into the Kardashian family philosophy of going big and going flashy with the enormous oval-cut diamond engagement ring he gave to Kourtney.

“It looks to be larger than 15 carats in a pavé or hidden halo setting.”

Well, you wouldn’t want to go losing that ring in the ocean anyway.

If you can’t help wondering how family and friends of the Kardashians and Barkers reacted to the engagement news, you can find that out right here.