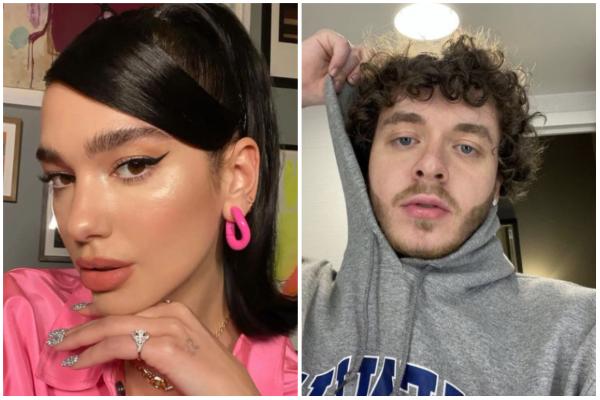 Jack Harlow is rumored to be in hot pursuit of superstar Dua Lipa following their meeting at the Variety Hitmakers Brunch on December 4th.

The rapper, who previously titled a track after the pop songstress, is said to have hit it off with the her during the event.

Sources for The Sun have said that Jack is “very interested in her, and was going to strongly pursue”.

The pair are said to be in constant communication since the brunch according to a source for The Sun.

Dua performed at the Z100 Jingle Ball this past Friday, and it is said that Jack flew out to New York to meet her following her appearance.

The budding couple are keeping things low-key as they reportedly made their way separately to lunch at a restaurant the next day.

A source for US Weekly has said that while the pair have spoken before, it has not become romantic until now:

“They had FaceTimed before when Jack asked Dua permission for his song about her, but that was an awkward call for everyone,” the source shared.

Dua gave her stamp of approval to Jack’s song titled ‘Dua Lipa’ back in May of this year.

The dating rumors come soon after the singer was linked to The Daily Show host Trevor Noah in late September.

Things appeared to have fizzled out quite quickly between the two however, as those close to Dua claimed the pair were ‘just friends’.

Dua was previously in a serious relationship with Anwar Hadid, which came to an end in December of 2021, following 2 years of dating.