The internet is on it 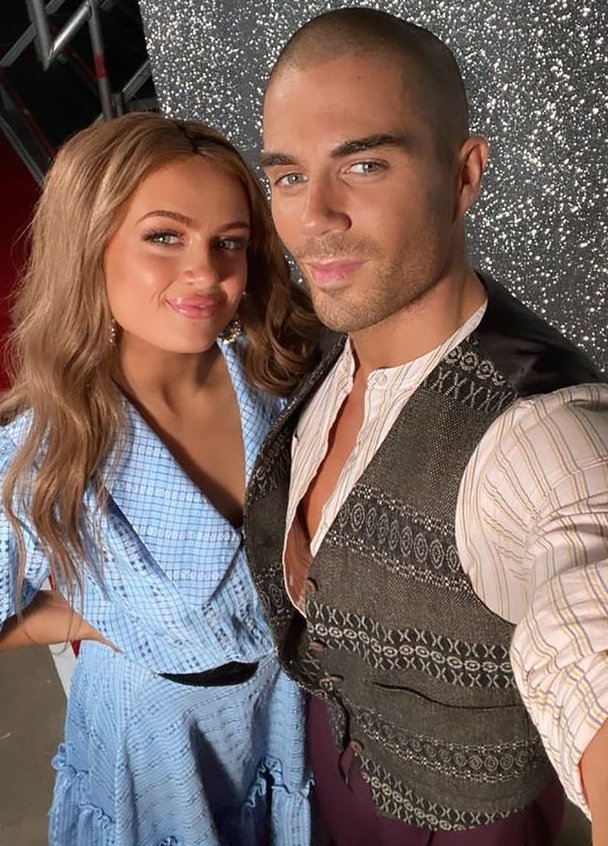 Maisie Smith has fueled engagement rumours with her boyfriend, Max George after she was spotted wearing a gold band on her ring finger.

The pair, who started dating in August, went Instagram official in September.

Since then, the two have been enjoying each other’s company as they jet set across the world, and share it on their social media accounts.

Maisie was initially spotted with a gold band on her left hand as the couple enjoyed their holiday in Cyprus.

Adding fuel to the fire is also Maisie’s Mum who recently called Max ‘Family’ on her Instagram.

Julia Smith shared a sweet snap of her family, which included none other than The Wanted star Max.

She captioned the post ‘My  🌎 ‘ , even hashtagging family goals on the picture.

Fans may be jumping to conclusions, but for now, they’ve yet to confirm any of the speculation surrounding a potential engagement.

The 21-year-old actress was also spotted on Tuesday shopping without the ring in question on her finger. So for now, I guess we’ll have to keep guessing.

Watch this space we say.