Are We Getting A Taylor Swift And Drake Collab? 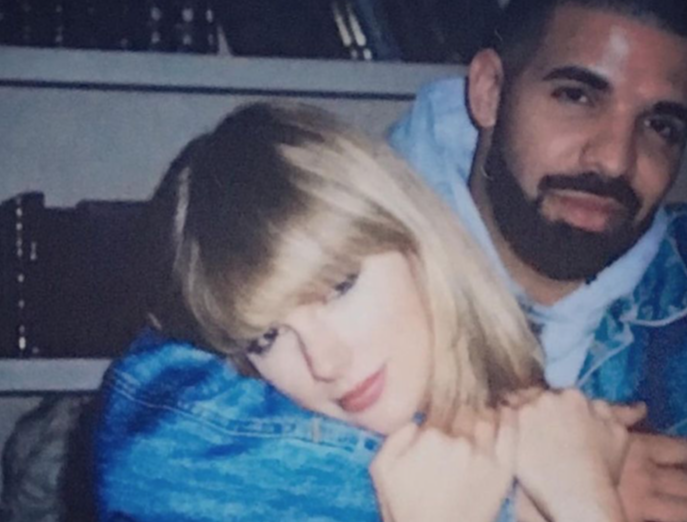 Two of the biggest faces in music may be joining forces and we cannot cope!

Drake and Taylor Swift are not the first duo we’d think about as celebrity besties, but according to Drake’s most recent post, we could be mistaken.

In a swipe through on Instagram Drake put a sneaky picture of himself with his arm around Taylor, looking very cosy.

In true Swifty fashion, this snap sent fans into overdrive, searching for a meaning and a clue as to why they would be hanging out, and it looks like they found one.

remember there were rumors about drake x taylor swift collab during 1989 era? what if that song is in the vault tracks?? pic.twitter.com/ot02Y7YeG2

Fans on Twitter recalled that back when Taylor’s 1989 album was in the works there were rumours of a collab with the Canadian rapper that never made it onto the album.

As Swifties know, Taylor is in the process of re-recording her old albums, and the next one to be released is said to be 1989…. judging by Taylor’s use of ‘easter eggs’ for everything she does, we wouldn’t put it past the pair to be hinting at the release of their collab that never made it.

Although, as much as we Swifties love to calculate and create theories of what’s next for Tay Tay, this *may* be just an innocent picture of two pals.

According to E! News, the picture is just a throwback of the two and doesn’t point toward a song…hmm.

With Taylor, you never know for sure what she wants us to think or what she’s trying to spell out, but for now we’ll keep an eye out for any more hints!