Bella Hadid Opens Up About Insecurity, Body Issues And Surgery In New Interview

The model is setting the record straight about what surgery she has had done. 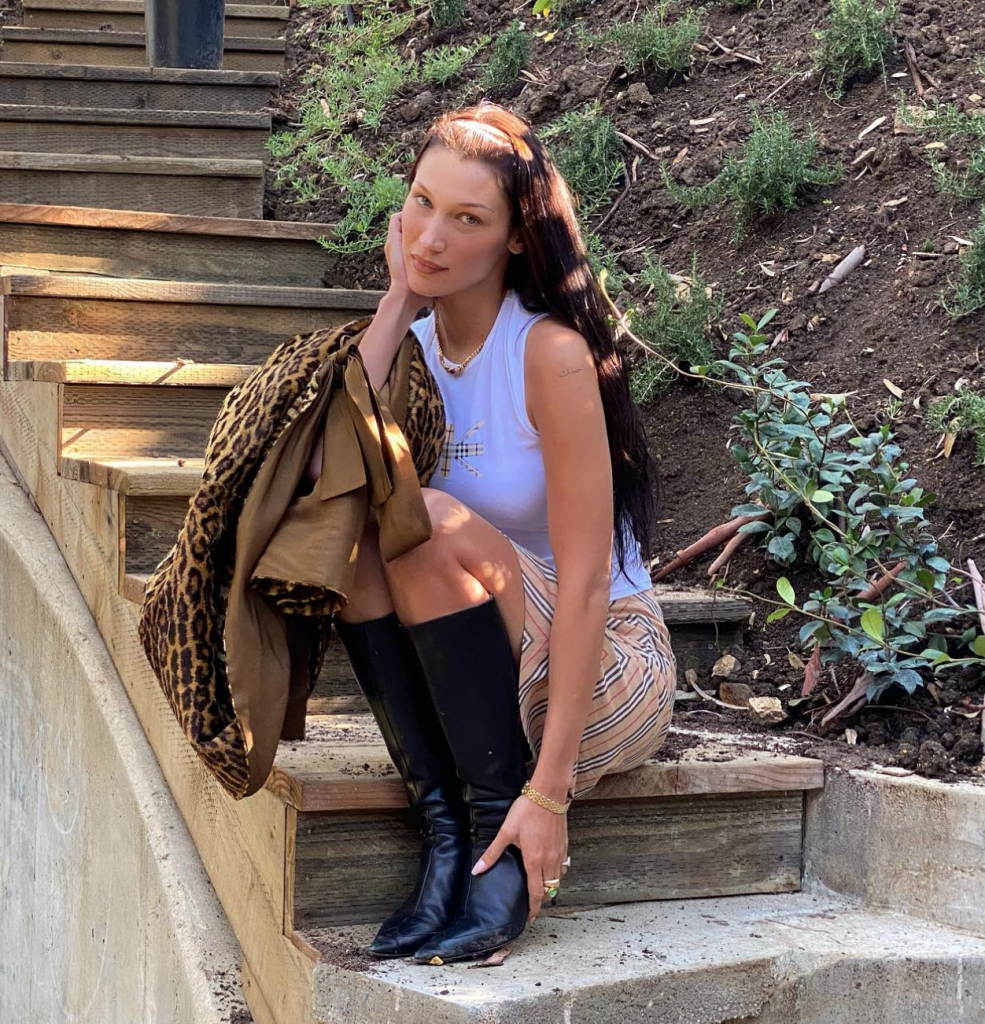 The supermodel has spoken out for the first time about the cosmetic procedure she got done as a teen, saying looking back she may not have decided to do it.

We all know and love Bella Hadid, known as one of the most beautiful supermodels in the world. The model has recently begun to speak out about her anxiety and mental health issues, posting snaps of herself in tears and assuring anyone struggling that they are not alone.

In a new in-depth interview with Vogue the star has opened up about her insecurities, cosmetic surgery rumours and mental health, giving readers a very raw insight into the life of a supermodel – spoiler alert, it’s not all pretty…

“I was the uglier sister. I was the brunette. I wasn’t as cool as Gigi, not as outgoing” she told them.

Later explaining that she had a nose job at 14 Bella admitted, “I wish I had kept the nose of my ancestors…I think I would have grown into it.”

The internet has constantly swirled with rumours of Bella’s cosmetic surgery, everything from an eye lift to lip filler, but Bella says the rumours are not true.

“People think I fully f*cked with my face because of one picture of me as a teenager looking puffy. I’m pretty sure you don’t look the same now as you did at 13, right? I have never used filler. Let’s just put an end to that. I have no issue with it, but it’s not for me.

“Whoever thinks I’ve gotten my eyes lifted or whatever it’s called—it’s face tape! The oldest trick in the book. I’ve had this impostor syndrome where people made me feel like I didn’t deserve any of this. People always have something to say, but what I have to say is, I’ve always been misunderstood in my industry and by the people around me,” she explained.

Throughout the years, the model says she has suffered with “incredible insecurities, anxiety, depression, body-image issues, eating issues” along with “social anxiety”, and counts therapy as a valuable part of her journey, even though the internet told her she was too privileged to feel down.

“For so long, I didn’t know what I was crying about. I always felt so lucky, and that would get me even more down on myself. There were people online saying, You live this amazing life. So then how can I complain? I always felt that I didn’t have the right to complain, which meant that I didn’t have the right to get help, which was my first problem,” she said.

The model told Vogue she is now very mindful of how she spends her time, “To have to wake up every morning with this brain—it’s not cute…So now everything that I do in my personal life is literally to make sure that my mental state stays above water. Fashion can make you or break you. And if it makes you, you have to make a conscious effort every day for it not to break you. There’s always a bit of grief in love.”

During the vulnerable interview Bella seems very willing to let people in to the real and ‘relatable’ aspect of her life, while also being aware of her privilege.

It can be easy to forget the people behind the tabloids have very real feelings. Bella is doing a good job and bringing the veil of fame down so we can see it’s not all glamour.