She's switching up positions for you.

Ariana Grande is the undisputed queen of pop, an absolute fashion icon, and one of our favourite guests to see on the chat shows. While she might have more accolades than we can count, she is after losing one of her titles.

Ari is no longer the most followed female artist on Instagram. She earned the title back in 2019, but her 291 million followers were recently surpassed by none other than Selena Gomez with an army of 291 million followers. While there equal by the million, Selena does have more, according to the official listing.

Things really have come full circle as Selena was actually the most followed female artist before Ari took the title in 2019, and now it’s reverted back. Selena even had the most liked picture on IG at one point with her iconic Coca Cola snap.

Selena now ranks sixth on the overall most followed list, while Ariana is right behind her in seventh place. Above them is Dwayne “The Rock” Johnson in fifth, Lionel Messi in fourth, Kylie Jenner in third, Cristiano Ronaldo in second, and Instagram’s official page in first place.

While they might be comparing followers, we doubt there’s any bad blood between Ariana and Selena, as they’ve both shown support for each other in the past.

Back in August 2021, Selena posted a clip of herself singing Ari’s hit Break Up With Your Girlfriend, I’m Bored, and Ariana showed some love for Sel’s cover. She reposted the clip to her IG story with the caption, “Cuties, are you kidding, @selenagomez I love you.”

Ariana actually co-wrote Selena’s collab with BLACKPINK, Ice Cream, and sent her a stunning bouquet of flowers arranged into an ice cream cone to celebrate the song’s release. So the gals probably aren’t going to let followers get in the way of their adorable friendship. 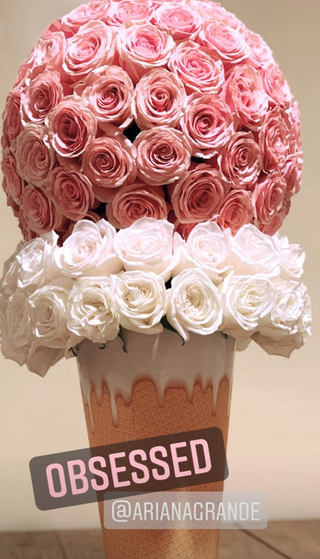 Selena’s rise in followers this year makes a lot of sense, as she worked hard on so many new projects last year.

She released her first Spanish language album, Revelación, which earned the Bad Liar singer her first-ever Grammy nomination. She also starred in and produced the hit tv series Only Murder in the Building. While continuing with the third season of her cooking show, Selena and Chef.

All that on top of expanding her makeup line, Rare Beauty. She’s really been one busy gal!