The wait for Selling Sunset to return to our screens is causing us to become very impatient. In May, Netflix announced that the hit reality TV show would be coming back for a season four AND five, but being the millennials we are, when the news dropped, we wanted the seasons there and then too.

However, as we all know, that’s just not how it works and so, we’ve been getting our SS drama drip-fed to us via the stars of the show.

One of the juiciest bits of news being Oppenheim Group founder Jason Oppenheim’s new relationship with realtor Chrishell Stause. Earlier this summer, we were all shocked when the pair announced they were dating while on holidays in Capri, Italy. 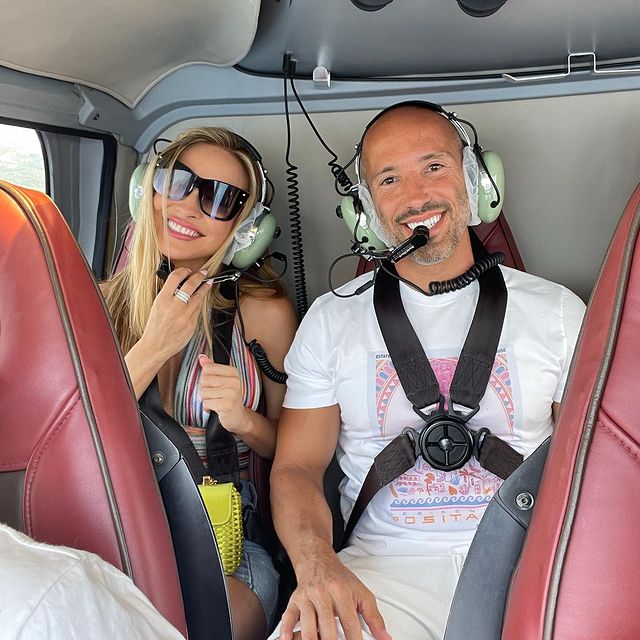 A shock to us, yes, but not to the pair’s colleagues, with Christine Quinn admitting to Grazia UK that they already knew before the news broke.

“We all knew it was going on. And then they officially announced it so I was like, ‘Oh'” she says.

Adding that she doesn’t know if the relationship is a “showmance” or the real deal, it’s clear that Chrishell and Christine are still not on good terms, with Christine adding that she’s happy for Jason, but that’s about it.

Giving birth to her first child with husband Christian Richard in summer of this year, Christine added that Jason seems super loved up, even showing some “baby fever”.

“Jason and I are dear friends, so I told him I’m really happy for you. I do see a different side to Jason that is warm and loving and sweet. And in the office, you’ll see him holding my baby and he like, wouldn’t give my baby back to me. He has baby fever. I swear.”

But as for her *actual* thoughts on Jason dating Chrishell, well, in true knife cut style, Christine said:

“I mean, honestly, Jason has always had really good taste in women. But things change, I guess.”

Would we expect anything else? If these snippets are anything to go by, we know we’re in for a LOT when season four lands.

Find out everything we know about it here so far!