Dream Of Writing A Book/TV Show/Movie? Stefanie Preissner Shares Her Advice For Getting Started

The Can't Cope, Won't Cope writer is the new ambassador for the Coca-Cola Thank You Fund.

If you’ve been watching Stefanie Preissner’s star rising over the past couple of years, you might be wondering how she does it all.

Aged 31, she has a hit TV show (the RTE comedy Can’t Cope, Won’t Cope, now in its second season), a book, and a hugely successful play under her belt – and she’s just getting started.

Chatting to STELLAR, she advises anyone wishing to follow in her footsteps and write that book/TV show/play to not get too concerned with the ‘how’ of things.

“I remember studying for my Leaving Cert and drawing up so many elaborate study schemes and graphs for all the ways I was going to approach my revision… but never actually doing the revision because I was getting so caught up with how I revised,” she says.

If you want to write the book, write the book – when you maybe not all of it but a good chunk done, you can work out how you’re going to do this. If you have an idea for a TV show, put it down on paper and get a script together. Make it the best version of it that it can be… and then you can think about where it’s going to live.

“If you’re still thinking conceptually about something, no one else is going to be able to get into your head and see what it’s about,” she says.

It’s this attitude that lead Stefanie to be named as the ambassador of the Coca-Cola Thank You Fund, which has been giving grants to youth charities across Ireland for eight years now. Previous winners include community radio projects, music workshops, and young women’s soccer programmes.

As someone who started out in youth theatre and packed her fair share of supermarket bags to raise funds for projects, the grants are something Stefanie definitely would have applied for a few years ago.

“In Ireland, we’ve had a difficult time over the last couple of years and unfortunately, things that can be described as frivolous – art, sport, and creative things – can be the first to go,” she says.

If you invest in the joy of young people early on, you’re going to spend less money on counteracting their misery in later years. That’s why I’m getting behind this. It’s incredible to be able to give young people the opportunity to follow something they’re passionate about.

Sometimes, the hardest part about following your passion is just putting yourself out there. This is something Stefanie says she still struggles with:

I’m still not confident about that. It’s an extremely vulnerable position. Every time I send a draft or an idea to someone, I sit rocking back and forth waiting for them to respond. You might get rejected, and that’s going to feel sh*t – but if I didn’t do everything I’m afraid of, I’d never do anything. 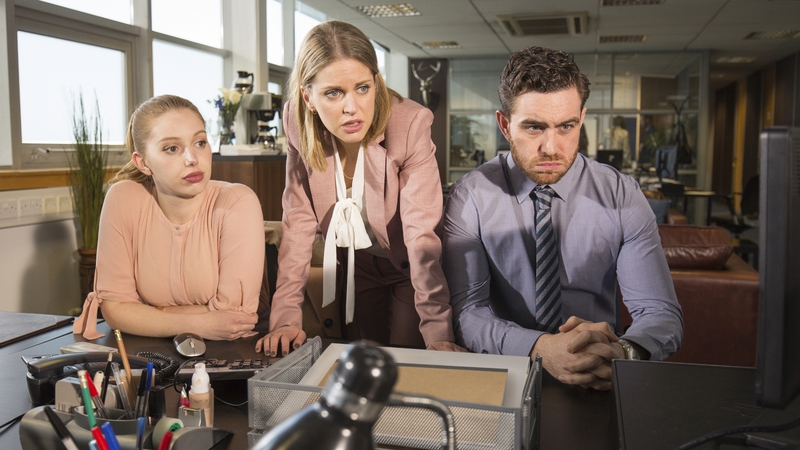 “You’ve seen Can’t Cope, Won’t Cope, but you haven’t seen the six or seven TV ideas that haven’t been produced, or the plays that haven’t been put on, or the chapters that have been edited out,” she says. “It’s important to know that people who succeed are not just constantly succeeding at everything.”

If you’re involved with a youth group or charity for young people aged 16-25, you could be eligible for one of the grants. You have until July 13 to submit your project here, after which the entries will be judged by a panel as well as a public vote. Good luck!