She really is "Hotter Than Hell". 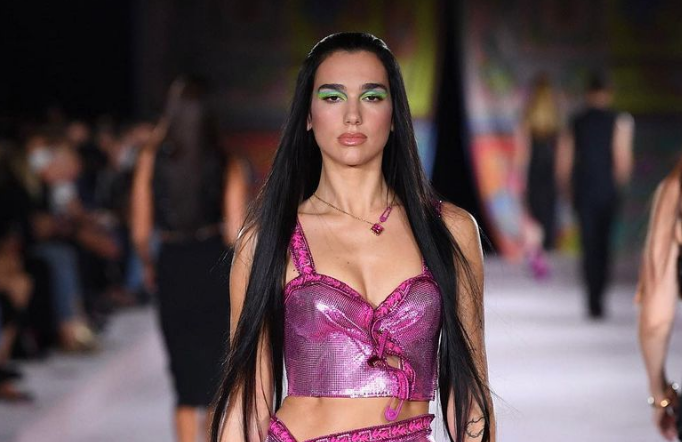 Not only did she debut, but she opened AND closed the show.

The pop-star hung up the microphone and took to the runway during the Versace Milan Fashion Week show, proving there is nothing she cannot do.

Looking like a pro Dua strutted her stuff opening and closing the show, looking uh-mazing as always.

Dua Lipa’s album Future Nostalgia was the soundtrack for the show too, making her the star of the night.

The singer shared pictures and videos of her debut on Instagram writing, “Such an honour to open and close the @versace show tonight in Milan, a surreal moment I’ll never EVER forget!!

“@donatella_versace you know I’ll be your Versace girl forever #versacefw21 – thank you to the whole team who made tonight possible I am in awe of you and your teams @kjeldgaard1 @patmcgrathreal @guidopalau.”

Opening the show Dua wore a gorgeous black cut out blazer/dress and she closed with a sparkling pink showstopper.

She also joined Donatella Versace for a bow after the show.

Sharing snaps of the two of them Donatella wrote, “WE DID ITTTTT!!! @dualipa you are as much a STAR on the runway as you are on stage!!! I love uuuuuu!!!!” 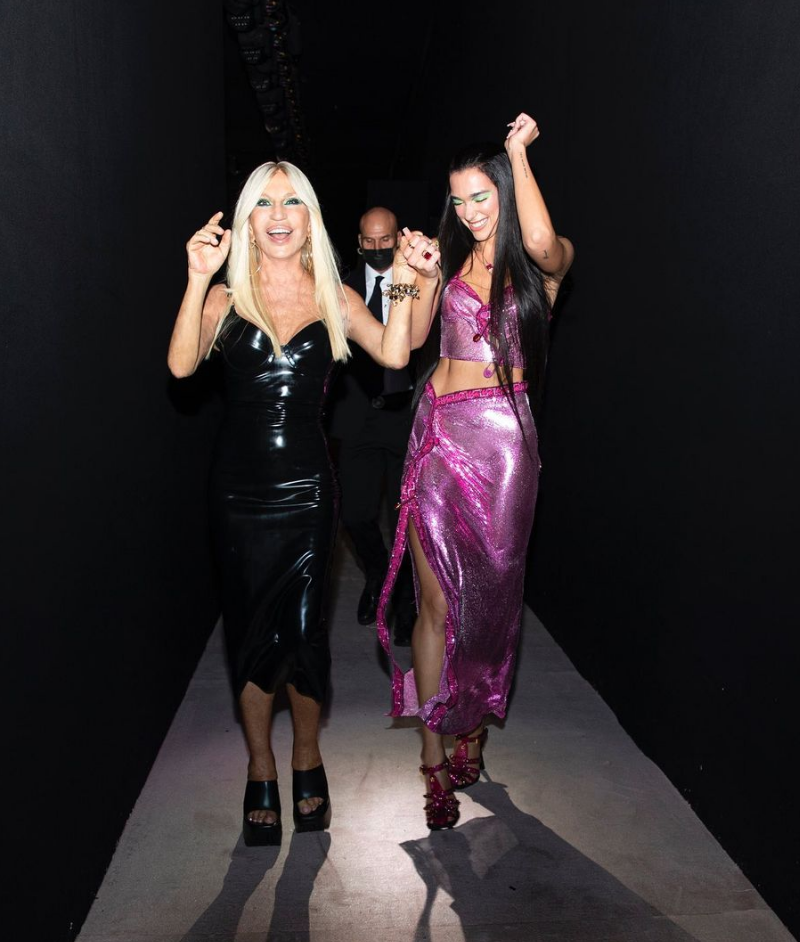 Dua Lipa also shared a picture of her posing beside a billboard of her Versace campaign, which she looks stunning in btw, could modelling be a second career path for the Levitating singer?

With her boyfriend’s sisters being Gigi and Bella Hadid she has lots of people to ask for advice, although it seems she already has a pretty good hang of things.

Here’s a behind the scenes snap of Gigi, Dua and Donatella, can you say squad goals? 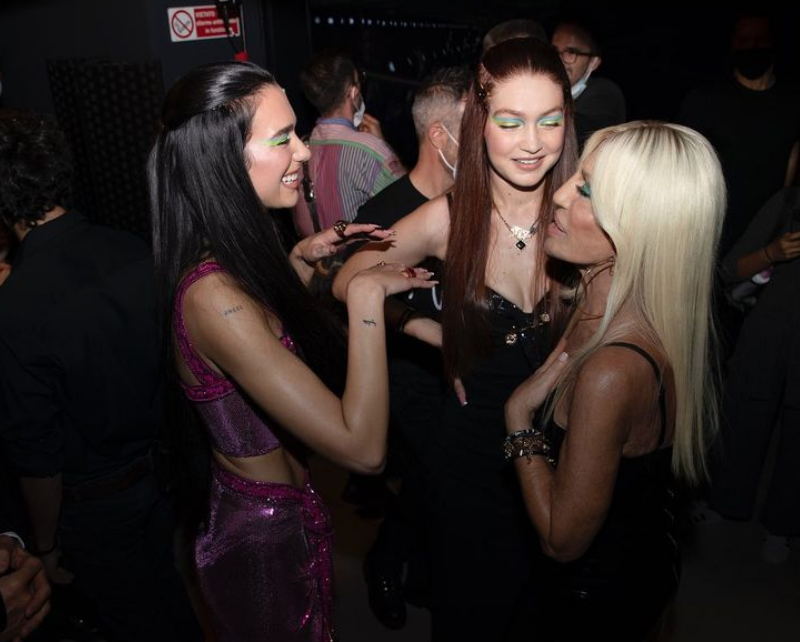 Now we just need to save up for that pink ensemble… HOW GORGE?!