Ekin-Su Has Flown Over To LA For A Secret Project

She has been stopped by so many fans!

Ekin-Su Cülcüloğlu is a full blown star, we know it, you know it, anyone who watched this season of Love Island knows it, so when we saw that she was jetting off to LA for a very exciting project, we couldn’t have been more excited.

The Love Island star stole the show this season so Hollywood is the only place for her tbh, and, let’s not forget she is an *Davide voice* “ACTRESS”.

We can’t wait to see what she’s up to over there, is it acting, presenting, modelling?! So many possibilities!

One thing we have been enjoying so far is Ekin’s LA content on her stories. The star has been frolicking around LA meeting fans of the show and being in utter shock that she keeps getting stopped on the street over there. Humble queen. 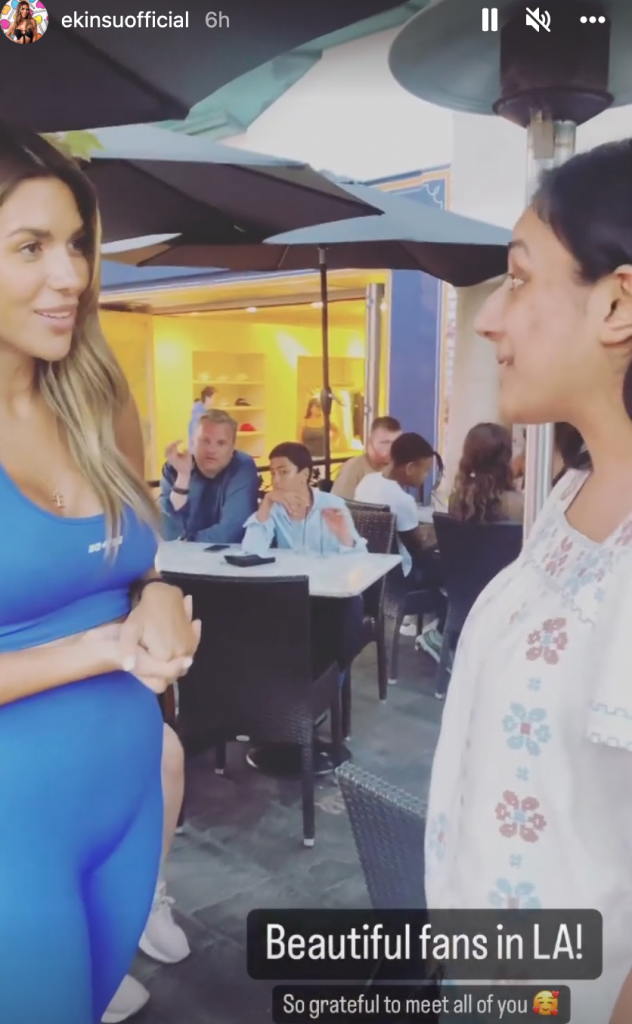 As we know from TikTok Americans were loving this series of Love Island UK and clearly Ekin-Su was a favourite for them too!

She is staying in La La Land for a week and we are already excited for what more is to come, she told her followers she would be sharing sneak peeks at what she’s up to, so keep your eyes peeled!

This isn’t the first exciting opportunity that has come for Ekin-Su since coming out of the villa, it has been reported that the ‘Turkish delight’ has landed an exciting deal with clothing brand Oh Polly.

The deal was reportedly the biggest in Love Island history according to The Sun. Could this be something to do with her LA trip?!

LA Ekin-Su is already someone we like, let’s get Davide out there too and make it a permanent thing!