What a full circle moment! 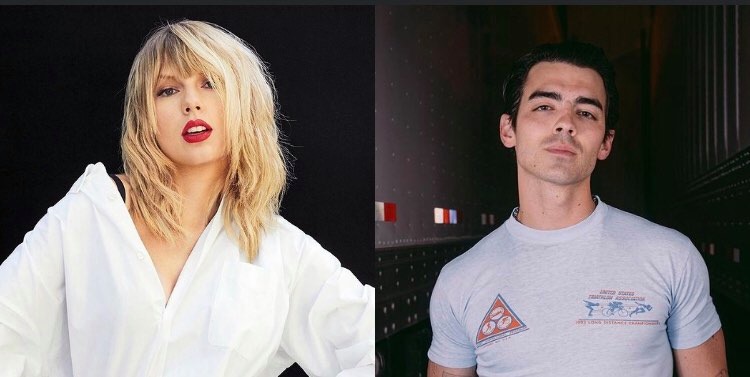 This is not a drill!

The collab we never knew we needed might be happening and we are fully on board.

Fans are going wild with a new theory that Taylor and the Jonas Brothers are planning a collaboration, and tbh it all adds up…

Swifties are calling it the “Pizza theory” and here’s the low down.

Now, the Jonas Brothers posted a TikTok with a lot of familiar glitches….

When a fan asked who edited it Nick posted a video using Taylor Swift’s song Me, while eating Pizza. Taylor herself then commented “Iconic” with a pizza emoji.

Joe then posted this picture on Instagram, note the caption:

And that’s not all, gossip site Deuxmoi (basically like a real life Gossip Girl) posted a tip about a Jonas Brothers and Taylor collab and Nick did THIS.

@nickjonasThis effect is so cool. Also… what’s this collab rumor all about? For the record… here for it. @jonasbrothers ##foryoupage ##taylorswift ##collab♬ original sound – Nick Jonas

Freaking out yet? Just wait.

Taylor announced that her release of Red (Taylor’s Version) will now be on the 12th of November, which just so happens to be national pizza day!

Got some news that I think you’re gonna like – My version of Red will be out a week earlier than scheduled (including the 4 disc vinyl) on November 12th ! Can’t wait to celebrate the 13th with you and our new/old autumn heartbreak album🧣😍 🎥 🎥https://t.co/FVp6xizaOG

Okay now we are done, for the moment…

Taylor is queen of keeping us guessing and figuring out hints but we really think TayTay fans have this one cracked.

For anyone who needs a refresher of Taylor’s past with the band of brothers, Taylor and Joe dated in 2008 until their relationship ended in the now infamous “27 second phone call”.

Taylor was broken hearted and she didn’t care who knew it at the time. She wrote songs about Joe on her album Fearless, including Forever And Always and, of course, Mr Perfectly Fine, which was released with Fearless (Taylor’s Version), bringing up reminders of the break-up.

Taylor has since apologised for how ruthless she was at that age saying, “That was too much. That was too much. I was 18. Yeah. We laugh about it now, but … that was mouthy. Just some teenage stuff there,” when she appeared on The Ellen Degeneres Show in 2019.

The pair have said they are friendly now that years have past and they’ve both moved on with Joe married to actress Sophie Turner and Taylor in a happy relationship with actor Joe Alwyn.

When Taylor released Mr Perfectly Fine Sophie Turner showed support by sharing it to her story with the caption “It’s not NOT a bop @TaylorSwift.”

So with all the Bad Blood squashed between these two it is very possible that this collab is on the way!