And no, they're not killing her off.

A post shared by Sex and the City Posts 🍸 (@satc_posts)

Despite speculation that in fairness, has us all believing mad theories as to how Samantha Jones would be written out of the SATC reboot And Just Like That, it turns out the show will be dealing with her absence in a pretty slick manor.

As we all know, Kim Cattrall AKA the infamous Samantha Jones declined to return filming the iconic 90s/00s show after a suspected falling out with fellow leading star Sarah Jessica Parker AKA Carrie Bradshaw.

In 2017, Kim blasted, not only the Sex And The City franchise, but her cast mates as well, telling Piers Morgan: 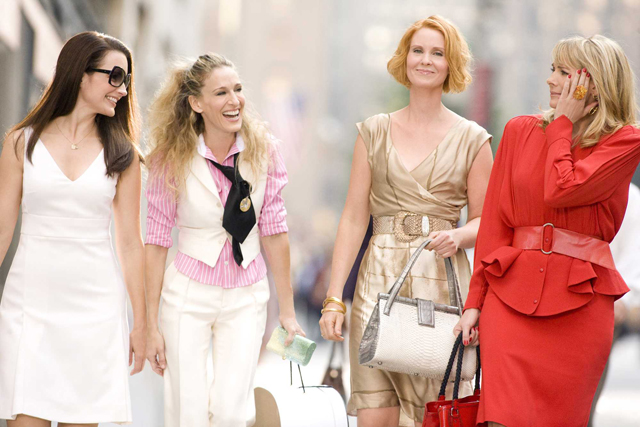 And although SJP has hit back at these claims saying there’s no beef, Kim’s absence from the 2021 reboot does leave a message. So, the question on everyone’s lips until now was… how will HBO tackle the loss of one of the iconic foursome?

A show insider for the Mail Online is reporting that things will be kept open ended in the hope that Samantha does return… at some stage.

“We couldn’t have Samantha roaming around New York City and not have the other women not interacting with her. It just wouldn’t have made sense.

“Sending her to Los Angeles wasn’t an option as we’d done that in the first movie, so having her character based in London really was the best way to keep her alive and explain her absence,” the show insider explained.

Noting that her move to London comes after a falling out with Carrie (touchy), it’s believed Carrie will then try and reach out to her old friend in a hope to rekindle the friendship; cue potential S2 content.

Just Like That lands on Irish screens via Sky and NOW TV this December.