"I was behind the wheel of the car and I was like, ‘alright this is going one of two ways" 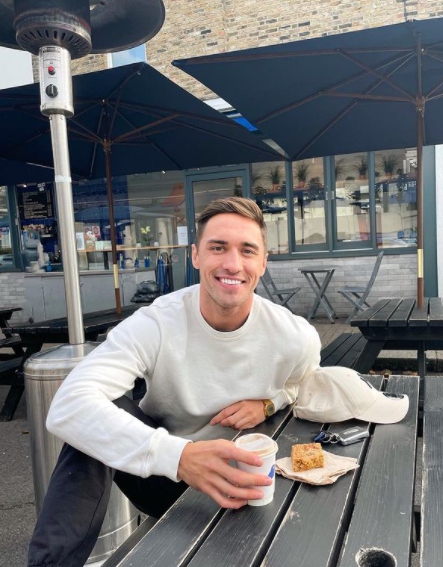 Greg O’Shea candidly opened up about his mental health battle admitting that he was contemplating suicide.

On the verge of tears, he told his good friend Doireann Garrihy how things got “really, really bad” after his stint on Love Island.

The rugby star explained he was “alone in London” and he “didn’t have a career” when things started to pile up.

“I remember one time I was back in Dublin and I was driving around and it got really, really bad,” he told Doireann on her Laughs of your Life podcast.

“It got overwhelming at one stage, I was behind the wheel of the car and I was like, ‘alright this is going one of two ways’.

“I don’t want to get too dark on the podcast but it was basically a decision of, alright, either this is all over, or bring yourself to the doctor right now.”

Greg continued: “Thank God I did, I drove myself to the doctor and I said ‘‘I need to speak to someone right now’.

“They helped me thank God. I had to go on pretty heavy medication and that didn’t even work, they had to double the medication and it get really, really bad for a few months”.

He explained that the only person he told was his mother and not even his closest friends knew he was going through anything. He then went on to say it was Doireann’s advice of “No one gives a f**k about you” that helped him navigate this difficult period.

“I sat down with a piece of paper and a pen and I started writing down the things I cared about, my family, my friends, fitness, presenting,” he told her.

“I decided those were my pillars, I’m going to surround myself with my family and friends, I’m going to do my best presenting and hosting and I’m also going to create a fitness app and I’m just going to go hell for leather”.

The full episode of Laugh of your Life drops on all podcast services on Monday.