The Staten Island King is at it again. 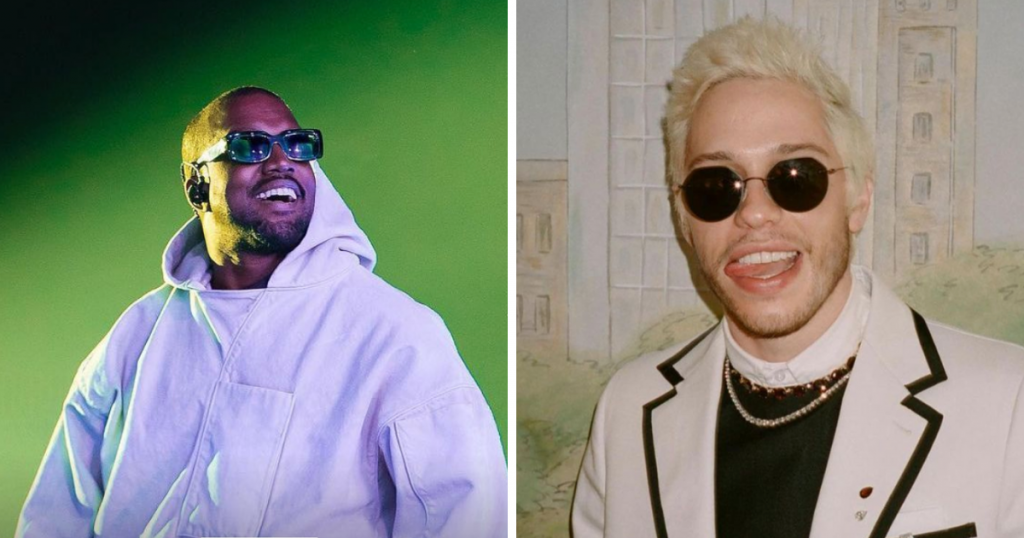 Pete Davidson has, once again, shown himself to be possibly the most chilled out celeb to ever hang out with the Kardashians, The American comedian seemed to brush off an unfriendly comment made by rapper Kanye West in his recent appearance on Saturday Night Live.

West made headlines this week with the lyrics of his recently leaked track ‘Eazy’, where he references an accident that seriously injured the rapper in 2002, and points shade in Davidson’s direction. The lyrics pose a threat to the ‘King of Staten Island’, who has recently been dating West’s ex-wife, reality star Kim Kardashian. “God saved me from that crash / just so I can beat Pete Davidson’s ass.”

The comment follows Kardashian’s newfound relationship with Davidson, her first openly romantic relationship since her public split with West.

However, the ‘Donda’ rapper has also found new love with ‘Uncut Gems’ actress Julia Fox, with the pair even taking part in a steamy photoshoot to promote his new album. Is it possible that the father of Kardashian’s four children hasn’t entirely moved on?

Either way, the ever easy-going Davidson remained unfazed by the shoutout, alluding to it with a character skit where he posed as Joe Biden from an alternate reality. The pretend-Biden joked that the universe we live in is fake, and insisted that most of us are stuck in the wrong reality.

He took mock questions from reporters asking about the real world, where he said that ‘Everyone on earth is better off in the real world except one man named Pete Davidson…Your world is maybe more fun for him.’ The sketch was met by laughs from the audience, as Pete appeared to be poking fun at the recent attention he’s received since the ‘Eazy’ release.

Despite the watchful eye of West on his relationship, Davidson doesn’t appear too bothered. It doesn’t seem like he plans to back down as boyfriend to Kim Kardashian any time soon; if anything it looks like he’s enjoying the drama as much as we are!