He was papped leaving her house last weekend 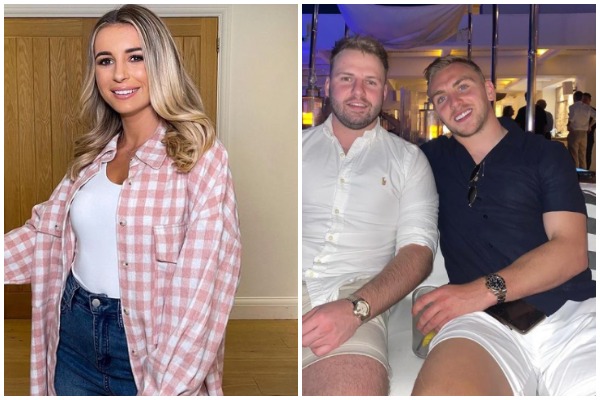 Dani’s ex-boyfriend Sammy Kimmence was sentenced to prison for 42 months after being found guilty of scamming two elderly men out of almost £34,000 after posing as a financial investor.

A source has said that rumoured love interest Jarrod has been a big support to Dani during this hard time for her, as she shares a baby, Santiago, with her ex.

Spotted leaving her house over the weekend, the source told The Sun:

“She has been to hell and back in the last year and Jarrod has been a real support for her in recent weeks. They started spending time together as just friends but as time as gone on they have grown closer and seem to be getting on really well.”

Apparently, Dani’s dad, Danny is also a fan of Jarrod, which casting our minds back to Love Island 2018, is important to Dani.

“Dani’s parents, Danny and Jo, like Jarrod too, which is always really important for her. All they both want is to see her happy again. But the fact that Jarrod plays for Danny’s beloved Hammers is always going to be a bonus for him,” the source added.

Both Dani and Jarrod are yet to confirm the romance, but we reckon it’s only a matter of time before a cutesy snap appears on their grid – watch this space.