Someone ask for Emma's reaction! 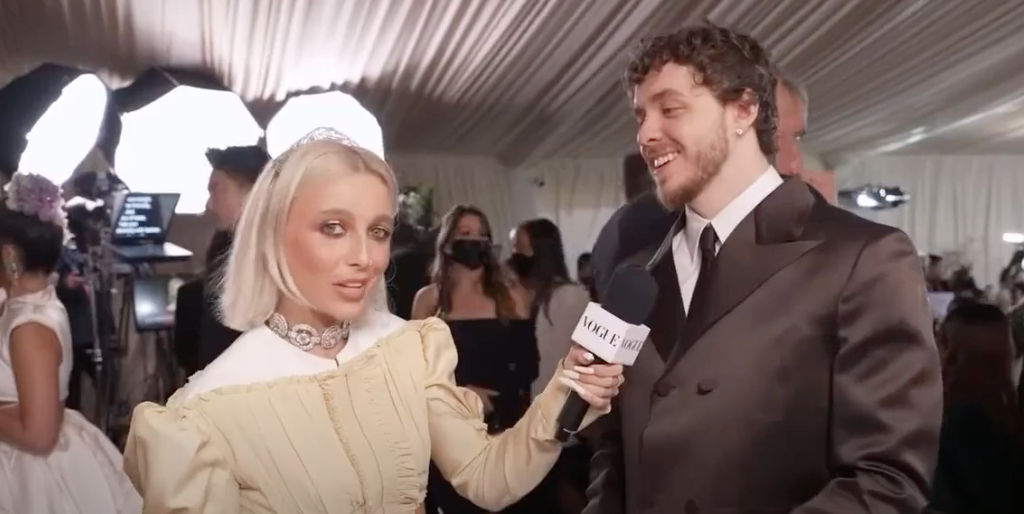 We’ve all seen it, multiple times. That iconic end to Emma Chamberlain’s interview with Jack Harlow was one of the highlights of the Met itself!

If you haven’t seen the encounter, you need to because a description won’t do it justice, but we’ll give you the low down anyways! After a very flirty Jack Harlow finished chatting to Emma Chamberlain at the Met Gala, he said, “love ya” as he walked away, Emma instinctively said “love ya” back and turned to the camera only to reply the interaction in her head and burst out laughing. Her face says it all!

Since then, the clip has gone viral with even Bella Hadid admitting she can’t stop giggling at it, same Bella!

Emma Chamberlain has yet to address the moment (we’re hoping for a reference on one of her podcast episodes!) but Jack Harlow has just shared his reaction to the clip.

Appearing on the Tonight Show host Jimmy Fallon asked the rapper about the clip, responding he said, “That’s like a piece of art because there’s so many ways to interpret that, you know what I mean?…Everyone has a different take on what was going through her head. So, I’ll leave it up to interpretation.”

The real only one to ask is Emma, someone get the girl on a talk show!

Jack also admitted to Jimmy that he only tells people he loves them if he means it, “I have a lot of warmth to share…She said it back. We love each other.”

And now the part you’ve been hoping for, the clip in question for everyone who wants to see it again!