Ye wants Billie Eilish to apologise before he performs at Coachella. 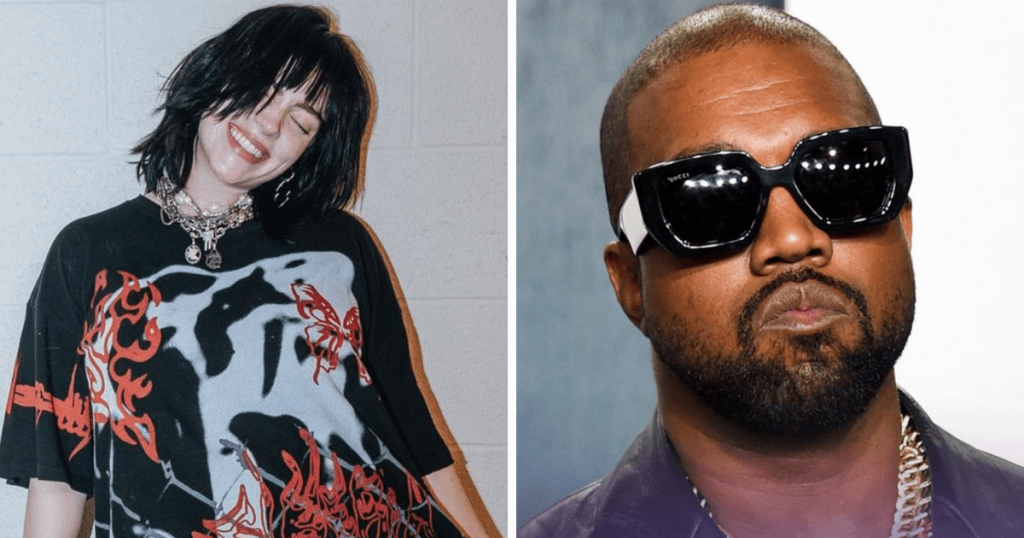 So you might have seen there is some drama building between Kanye West and Billie Eilish.

It seemed to kick off after Billie stopped singing and helped a fan in the crowd of her concert when they needed an inhaler. When asked about the incident, Billie explained that she waits until fans are okay to perform.

Speaking to the crowd during the concert she urged them not to ‘crowd’ and said: “We’re taking care of our people. I wait for people to be okay until I keep going.”

Though Billie never mentioned Travis Scott, some people took this to be a reference to the tragic events that took place at Astroworld in which 10 people died in the crowd. Travis said he did not know people were struggling in the crowd and only learned about it later. 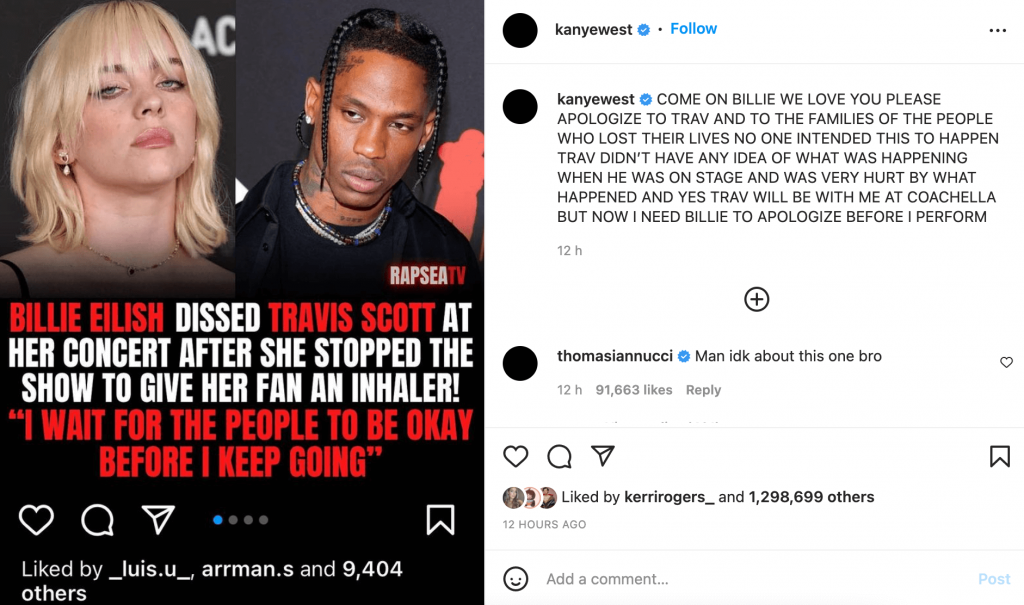 Billie replaced Travis Scott as a headline act at Coachella after the tragedy at Astroworld. One person who took issue with Billie’s comments was Kanye West. He shared a post on Instagram which said Billie ‘dissed’ Travis.

In the caption, he wrote: “Come on Billie we love you please apologise to Trav and to the families of the people who lost their lives no one intended this to happen.”

“Trav didn’t have any idea what was happening when he was on stage and was very hurt by what happened.”

He added: “And yes Trav will be with me at Coachella but now I need Billie to apologise before I perform.”

Billie then responded in the comments stating that she wasn’t speaking about Travis Scott when she helped a fan.

“Literally never said a thing about Travis. Was just helping a fan.”