“When we first met he didn’t even hit on me, he was too nervous to hit on me!” 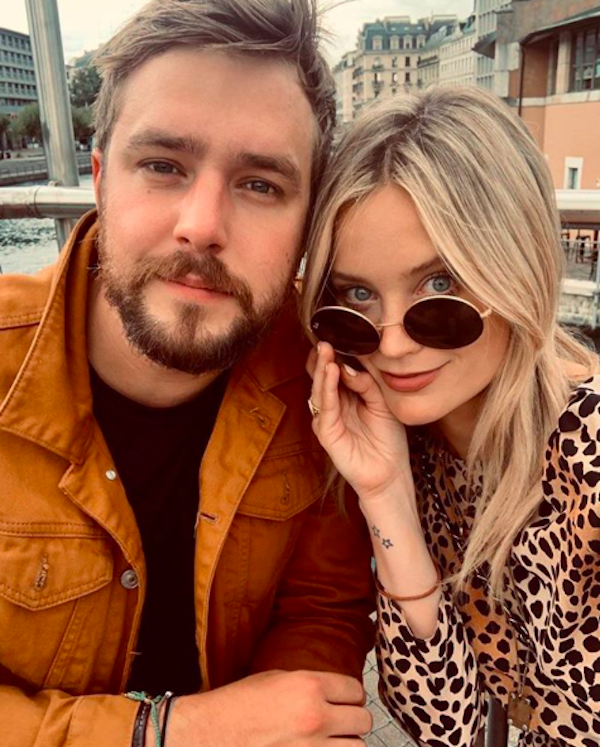 According to The Sun, a source close to the couple has confirmed the news, reporting that the pair told family and friends this month.

Pictures emerged earlier this week of Laura sporting a gorgeous new ring on her wedding finger which sparked rumours they were engaged. The paper has reported that Iain popped the question to the Love Island host while they were in South Africa earlier this year.

Been on tik tok a week! And loving the positivity. Just hit 100k thanks ❤️

Seemingly, her engagement ring is a yellow diamond which the comedian designed himself as a friend has said; “He’d obviously thought about it for a while, as he designed the ring and yellow’s her favourite colour.”

Earlier this year, the presenter revealed how she and boyfriend Iain Stirling got together. Speaking on The Duffle Bag’s podcast she said that; ““He used to send me random messages, DM me and ask me about my dog,”

1 million followers! Thank you. I promise to use this space to talk about real issues, promote positivity… and post pictures of me wearing clothes I like – because well, it is Instagram. In other news, South Africa is beautiful. Thank you for your hospitality during my stay ❤️

It was in fact Laura who ended up asking him out, after nine months of chatting back and forth; “I was like, ‘Let’s just go for a drink.”

The pair have been together since 2017 with Laura saying; “When we first met he didn’t even hit on me, he was too nervous to hit on me!”

Now the couple live together in London, as well as working together on hit show, Love Island.

So far there is no official announcement from Laura or Iain, but we already can’t wait for a look at that gorgeous ring!

Here Are 10 Beautiful Locations In Ireland To Mark Earth Day