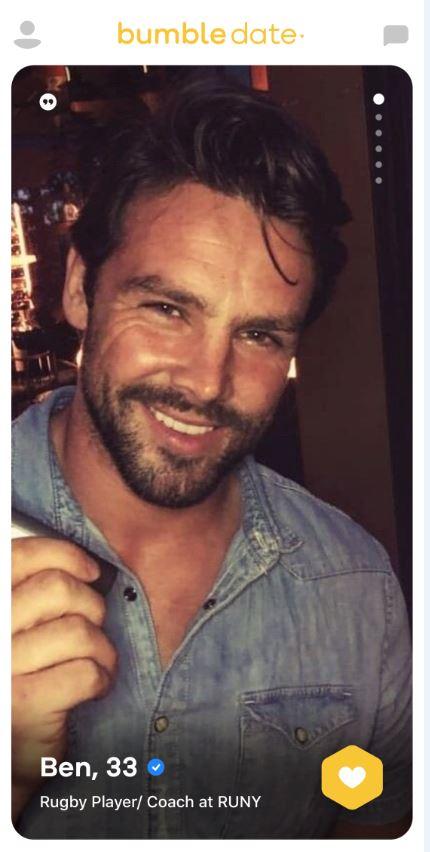 You know, we weren’t impressed when Ben Foden used the hashtag ‘#newchapter’ in his first Instagram following his split from Una Healy, but this...

Their six-year marriage came to an end in July after Una discovered he had a fling with another woman – a month later and according to The Sun, the rugby player is ready to move on.

The tabloid uncovered what they purport to be Ben’s new Bumble account, which reads:

Heading Stateside in December. Never believe in making plans, let’s just see what happens and how things go. If your up tight [sic] and bossy I’m not for you. Getting divorced. Two little people who are my world x

Straight to the point, eh. The Sun claim that the profile, which features three shots of Ben, has been verified by Bumble.

Una’s spokesperson, meanwhile, has confirmed to Metro that the couple are getting a divorce (she’s also gone blonde and is looking *fire*). Wouldn’t it make you swear off men forever?

Ariana Grande has been clapping back at people who insult Pete Davidson’s appearance.

One online media outlet asked if Pete had ‘butthole eyes’ (a truly awful term referring to the dark circles around his eyes) and she reminded them that he’s literally not well:

y’all do kno this man has an auto immune disease …… right ? ….. like you do understand what you’re doing when u do this right ? jus wanna make sure

Pete was diagnosed with Crohn’s disease when he was about 17 or 18 – Crohn’s is a form of inflammatory bowel disease, and leads to abdominal pain, nausea, weight loss, fatigue, and malnutrition.

No surprise then that he’d have some dark circles, but at least Ariana is here to fight her fiancé’s corner.

OK, stand down everyone, Taylor Swift and Karlie Kloss are still mates.

After Taylor didn’t publicly congratulate Karlie on her engagement, and Karlie didn’t include Taylor in the famous friends she FaceTimed following the engagement, people assumed things had cooled off between them.

Taylor Swift Is Having None Of Damon Albarn After His Recent Co...

Love Island's Anna Reveals She Once Called The Police On Her Si...

And Just Like That Writer Addresses Harry In *That* Scene