“He’s put it on my finger and it won’t come off” is not the romantic message we’d expect to go with a proposal announcement, but good for you, you crazy kids.

Their three-month relationship hasn’t exactly been smooth sailing, either. They reportedly broke up briefly after Andrew was accused of cheating on her (we’re talking ‘Instagrams cleared of all evidence of their relationship’ breaking up) but evidently got back together.

I am crazy super anti baby showers for myself… But people I love trick me with dinner invites and they happen…. A mellow night of dinner. Cake. And love. Thank you insanely generous Kris Jenner for opening up your home and getting me every carrot cake in the city and Jen Atkin for knowing exactly how to lure me out of my home and exactly how to make me happy. ALL LOVE!

Kanye posted multiple videos of John playing the piano, and Chrissy ate copious amounts of carrot cake. And Kim smiled with her teeth!

BROOKLYN DECKER AND ANDY RODDICK LADIES AND GENTLEMAN. PROUD TO CALL THESE TWO FRIENDS NO MATTER WHAT COMMERCIALS OR MOVIES THEY SIGN ON TO OR WHERE THEY LIVE OR HOW THEY CHOOSE TO DRESS ETC @brooklyndecker @andyroddick

Chrissy and John are the best celebrity couple. Period. 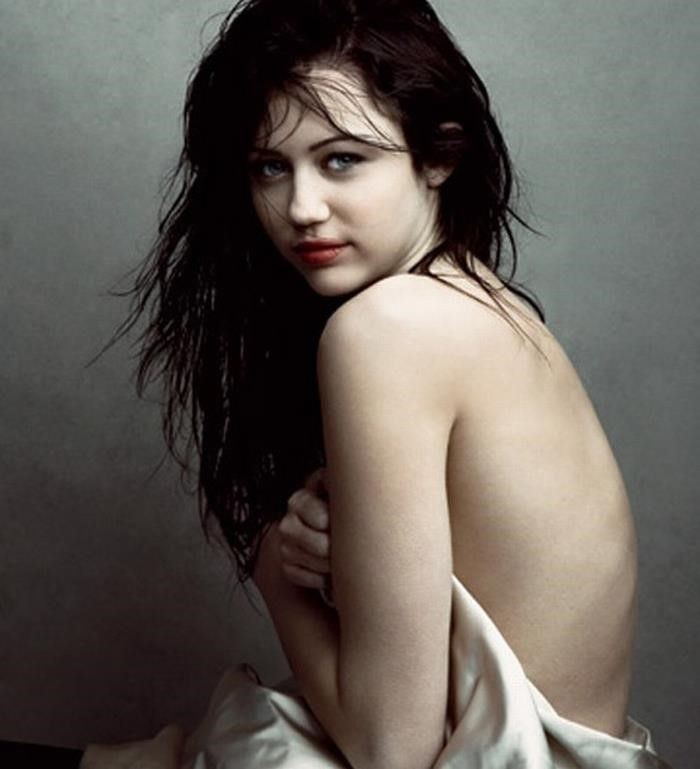 Miley Cyrus has retracted an apology for a ‘topless’ photoshoot she did as a teenager.

You might remember the controversy when, in 2008, a 15-year-old Miley appeared in Vanity Fair wrapped in a blanket, looking like a Renaissance painting.

She later apologised, saying she thought the shoot was ‘artistic’ at the time, but felt ‘so embarrassed’ after seeing the photographs. Well, not anymore.

Yes Miley. Anyone could see from the past few years that you couldn’t give a hoot about a bit of nudity. Let ’em know!

Vogue Williams has rubbished reports that she and Spencer Matthews had a secret wedding in Greece.

The couple recently went on a four-day trip to Greece for a little ‘babymoon’, prompting rumours that they’d tied the knot there as well. But nope:

Last week I read we were planning a jumbo jet to transport our guests to a coachella themed wedding. This week I read we got married on our four day trip to Greece. I wonder what we’ll be doing next week!! ???

Ah here. Meanwhile, Spencer is on Instagram gushing over Vogue and her growing bump:

Today Holly is wearing a denim corset dress by Warehouse which is now, unsurprisingly, completely out of stock. Fans are going wild trying to track it down, barking at the Warehouse Instagram page for answers – the poor social media manager surely does not know what’s hit them.